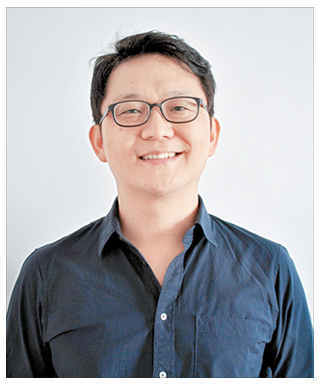 Jang Dayk
During the International Bar Association’s (IBA) annual conference, the Korea JoongAng Daily, in partnership with FleishmanHillard Stakeholder Engagement Center, presents a series of special reports to boost its readers’ understanding of Korea. The report below, the last in the series, is on the topic of Korea’s competitive culture.

If an alien were to review the recent history of our planet, they might choose Korea as the most interesting country.

From the viewpoint of an uniformed observer, Korea’s modern history itself is a surprise. In terms of economy, the country today by any standards is advanced. Korea is the world’s 12th-largest economy, with its GDP standing at roughly $1.53 trillion as of 2017.

These accomplishments are miracles achieved from literal ruins. Before economic development was in full swing, Korea’s GNI per capita in 1961 was a mere $82 and Korea ranked at No. 101 globally. And a large portion of this was from U.S. aid.

Since then, Korea’s economy has grown nearly 400 times.

It became the first country to transition from a recipient of foreign aid to a provider of aid when it created the Korea International Cooperation Agency (Koica) in 1991 and started Official Development Aid (ODA) programs.

It is a great achievement for a country that was once the world’s poorest and was colonized and went through a civil war in the last century.

The Korean people have earned their pride.

How was this leap possible? What is the source of strength for a country that overcame the financial crisis in 1997? And what about its cultural power, that has K-pop bands like BTS becoming global phenomenon? To more objectively understand the strides that have been made, we need to have the perspective of an outsider.

Dutch sailor Hendrick Hamel wrote of Korea after being stranded on Jeju Island in 1653 and held captive for 13 years. He seemed to have been shocked at the intensity of Korean education. He wrote that Joseon children read books day and night and marveled at their level of understanding.

Perhaps the influence of the Confucian traditions has continued over the last 500 years, but the desire of modern Koreans to learn and to succeed has resulted in Korea being the most aspirational in the world in terms of education.

That is why many people find that Korea’s strength is a result of its education.

Korean students have climbed to the top tiers in various global academic competence evaluations, such as the Programme for International Student Assessment (PISA).

And the Korean students studying abroad far exceed those of India, China or Japan as a percentage of total population.

Korea’s higher education completion ratio, which is the ratio of adults who have earned degrees above high school, is the highest among Organisation for Economic Cooperation and Development member countries.

Korea’s intense educational aspirations are clear from the fact that 96 percent of the younger generation has an education level higher than that of their parents.

One of the most praised virtues in our society even today is the strong will of the parents having their children study hard to get into good colleges and later landing good jobs even if they have to starve in achieving this goal.

Of course, one can’t simply say that the desire to become well educated is uniquely strong among Koreans. To be more frank, the obsession towards learning was more aimed at being ahead of others by raising competitiveness, whether that would be individually or as a collective group.

In other words, the competition to succeed may be our most powerful strength. The long-time problems of the Korean education system, such as the college admission system, education policies that ignore creativity and high private-education costs, go hand in hand with Korea’s intense educational aspirations and the desire for success.

We are too accustomed to competition. It’s on the level of addiction.

The total fertility rate, which is the average number of children that a woman will give birth to during her life, in 2018 was 0.98, the lowest in the world.

To make matters worse, Korea’s fertility rate, which fell below 1.30 in 2002, has been the lowest in the world for more than three years. If this trend continues, the total population will start shrinking.

The very strength that contributed to the miracle is now leading to the downfall. It is exceptionally rare where a new global empire is created, such as that of BTS, when one’s own trademark skills are honed amid brutal competition with other promising bands.

The reason BTS fans, ARMY, across the globe are so enthusiastic is because the members of the band have frequently shared their daily lives, showing their relentless efforts to become top musicians.

While the brutal competition gave birth to a world-class boy band, it also means that countless others have failed.

Korean society has started to sincerely question — will we continue with the current way of competition or build something new?

At least in our society, the norm has been for those in their early 20s to go to college and in their mid-20s, after graduating, to find a job. And once they are settled, they have to get married in their early 30s and have children by their late 30s.

All societies compete. The only difference is the way that they compete.

Our society has set an approximate timeline where young people of similar ages are pit against each other towards a common goal or value in a concentrated period. But this is not the only type of society that exists.

To them, the appropriate time for getting into college, or marriage or giving birth, does not exist.

It is worthwhile to notice that the absence of such timelines ironically leads to true education, blissful marriage and blessed families.

I am not saying that we need to deny the fierce competition that has led our society to where we are today. But we need to think more about ways of competing to create a happy society.