The glass ceiling and floor

The glass ceiling and floor 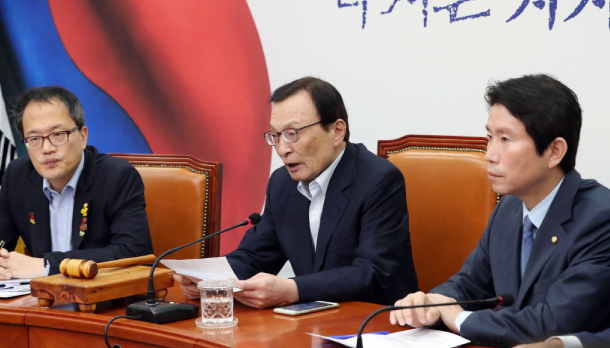 Lee Hae-chan, center, chairman of the Democratic Party, proposes an investigation into all cases of college admissions of children of high-level officials, including lawmakers from both sides of the aisle, in a meeting on Sept. 27 with senior members of the ruling party. [KIM KYUNG-ROK]

Referring to the invisible yet unbreakable barrier, she pointed out the practice and culture of implicitly prioritizing white males — regardless of competency — when there is no explicit discrimination in promotion and appointment.

Now, the meaning has expanded to include the obstacles hindering advancement in the corporate ladder within an organization regardless of workers’ skills and qualifications due to ethnicity as well as gender.

The concept of “glass floor” has emerged lately, referring to the barrier hindering the socially vulnerable class from moving up. The establishment that has accumulated social capital selects policies favorable to them as a device to prevent their social and economic downfall.

On Sept. 27, ruling Democratic Party Chairman Lee Hae-chan proposed a complete investigation on the admissions of high-level government officials — including the children of National Assembly members — in regard to the ever-sprawling allegations about Justice Minister Cho Kuk’s children. Opposition parties, including the opposition Liberty Korea Party, are willing to accept it.

The glass floor is the same thing as the glass ceiling. Preventing certain people from falling to a lower class is like kicking the ladder to prevent others from climbing up.