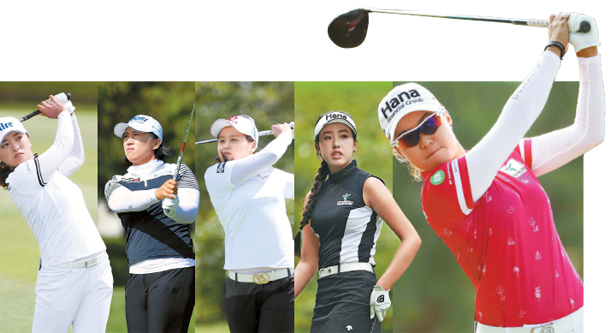 Up until last year, the tournament was an LPGA Tour event. But from this year, the LPGA Tour has moved to the BMW Ladies Championship in Busan, which will be held from Oct. 24 to 27. 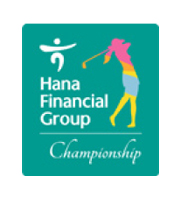 As it is now a KLPGA Tour event, the tournament has an expanded field of 108 players this year. Of the 108, 94 are qualified players and 14 are recommended players.

Requirements for qualified players mainly depend on money and world ranking.

If there are spaces left after that, the next-highest ranked players on the KLPGA get those spots.

Recommended players are players who are given spots through sponsor recommendations or the tournament committee.

Last year the field was limited to 78 players, mostly from the LPGA Tour.

With a total purse of 1.5 billion won ($1.3 million) up for grabs, the winner of the tournament will take home 375 million won, making it bigger than any other KLPGA or KPGA Tour event. With so much money on the line, the tournament will be held over four days with a cut after the first two rounds.

The expanded field and change of tour will unsurprisingly mean a lot more KLPGA players and a lot less LPGA players compete this year.

But it isn’t just the change of designation that has reduced the number of LPGA players - the LPGA Tour is also hosting a tournament this weekend, the Volunteers of America Classic in Texas.

Despite the clash, plenty of big names will still turn out for the Hana Financial Group Championship.

Ko Jin-young will enter the tournament as the No. 1 ranked player in the Rolex Women’s World Ranking. In addition to her world ranking, Ko is having her best season as she’s already won four events on the LPGA Tour.

Of her four victories, two were major tournaments - the ANA Inspiration and The Evian Championship. As a result, Ko is now top of the LPGA Tour in whole range of categories, including scoring average, Race to the CME Globe and player of the year standing.

As Ko used to play on the KLPGA Tour before heading to the LPGA, her appearance this weekend will be popular with local fans. This will be Ko’s second KLPGA Tour event this year, as she previously competed at the Jeju Samdasoo Masters in August. At the time, she finished tied for 13th, a disappointing result for the world No. 1.

A win this weekend will not only offer Ko a shot at redemption on the local Tour, but also make her the inaugural winner of the tournament. But for Ko it’s also a little more meaningful. Back when the Hana Financial Group Championship was an LPGA event in 2017, Ko won the tournament as a KLPGA entry. That victory is what originally earned the current world No. 1 her status card for the LPGA Tour.

Along with Ko, Minjee Lee of Australia is another LPGA golfer ranked inside the top 10 in the world ranking competing this weekend. Having already picked up a win this season at the Hugel-Air Premia LA Open in April, Lee will be playing in her first KLPGA Tour event.

A win this weekend would be good business for Lee, as the tournament is hosted by her main sponsor, Hana Financial Group. Although she mainly plays on the LPGA Tour, playing in Korea won’t be an unfamiliar experience as she was here just two weeks ago to compete at the Seolhaeone Cell Return Legends Match at Seolhaeone Resort in Yangyang, Gangwon, an exhibition match with LPGA legends.

Just like Minjee Lee, Yang is also looking for her second win of the season. Yang may not have made too many headlines this year, but she’s been another consistent player on the LPGA Tour. In February she won the Honda LPGA Thailand. Although Yang didn’t win a tournament every year, her victory in Thailand was quite impressive as she’s won it three times, in 2015, 2017 and 2019.

Looking at her performance at the LPGA Hana Bank Championship last year, she didn’t have the best result, finishing tied for 32nd.

Former world No. 1 Lydia Ko hopes to bounce back with a win this weekend. Ko hasn’t won a tournament since the LPGA Mediheal Championship in April 2018. Last year, Ko finished tied for 11th at the tournament.

Defending champion Chun In-gee is not competing this year due to an injury. World No. 2 Park Sung-hyun and world No. 3 Lee Jeong-eun opted to compete at the LPGA’s Volunteers of America Classic, where Park is the defending champion.

The LPGA Tour players aren’t the only ones to look out for this weekend. As this is now a KLPGA Tour event, the majority of the participants play on the local tour.

Choi Hye-jin is probably the KLPGA player with the best shot at picking up a win this weekend.

Choi, who is playing her second season as a pro, is having a dominant year on the KLPGA Tour. She’s already won four tournaments, good enough for her to top the money ranking and the player of the year points ranking. Not only that, she currently leads the KLPGA Tour’s average score, at 70.2935.

Although Choi’s already won four tournaments, she is desperate for a fifth as she hasn’t picked up a victory since the McCol Yongpyong Resort Open with SBS in June. With a runner-up finish last weekend at the OK Savings Bank Se Ri Pak Invitational, Choi has completed her preparation and is ready to go.

While Choi is dominating most of the categories on the KLPGA Tour, this year’s rookie of the year race leader Cho A-yean is on a great streak heading into the weekend. The KLPGA Tour’s rookie point leader has picked up two wins already this season and most recently won the OK Savings Bank Se Ri Pak Invitational last week.

Another player in the spotlight is the United States’ Yealimi Noh.

Noh may not be a ranked player on the LPGA Tour or the KLPGA Tour, but she’s quickly turned heads this year. Since Noh, who just turned pro this year, doesn’t have a full-time status card for the LPGA Tour, she has had to play through the Monday qualifiers for every single event this year.

She earned her first spot through the Monday qualifier at the Thornberry Creek LPGA Classic in July and went on to shock the field by finishing tied for sixth.

Noh followed up that success at the Cambia Portland Classic. She once again earned her spot through Monday qualifiers and was in contention for the title until the very last day. She ended up just missing her shot at a win as she gave away the lead to Hannah Green of Australia, but her runner-up finish still left quite an impression.

A total of seven amateurs also will be competing this weekend as recommended players.

Of the seven, Yuka Saso of the Philippines grabs the most attention. Saso is a rising golfer in the Philippines and her recent achievements include gold medals at the 2018 Asian Games in both the individual and team events. Then, in March this year, she once again grabbed headlines when she finished runner-up at The Country Club Ladies Invitational in the Philippines.

Although the Philippines tour hardly receives any attention, the tournament in March got a lot of attention as Park Sung-hyun competed.

In July, Saso won the Girl’s Junior PGA Championships. Her performance over the years is good enough for her World Amateur ranking to be at No. 21.

While Saso made her name after playing a round with Park, Thailand’s Atthaya Thitikul is already a top ranked amateur, at No. 2.

Thitikul entered the spotlight in 2017 when she became the youngest golfer ever to win the Ladies European Thailand Championship, at 14.

The Hana Financial Group Championship will tee off tomorrow morning at Sky 72 Golf & Resort in Incheon.