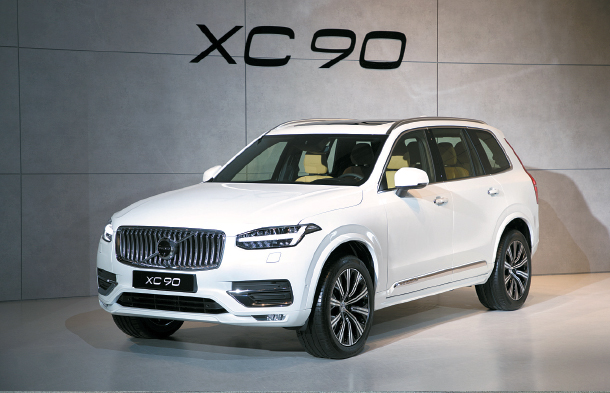 The Korean unit of the Swedish automaker announced in a statement Tuesday that the new XC90 comes with an enhanced exterior design and improved safety features. Since first hitting the market in 2002 as an urban SUV, the XC90 has been one of the best selling cars for Volvo.

The large-size SUV is 4.95 meters (16.1 feet) in length, 1.96 meters in width and 1.77 meters in height. The model, which comes in seven-seater and four-seater models, has a wider radiator grille and a chrome-finished bumper and roof rail.

The XC90 is equipped with a number of intelligent safety systems, including the “City Safety” collision-avoidance system and a pilot-assist program that allows the model to maintain distance with other cars on the road at speeds of up to 140 kilometers (87 miles) per hour.

The release of the large-size SUV from Volvo comes just a month after GM Korea unveiled the Chevrolet Traverse SUV and Kia Motors introduced the new generation Mohave SUV.