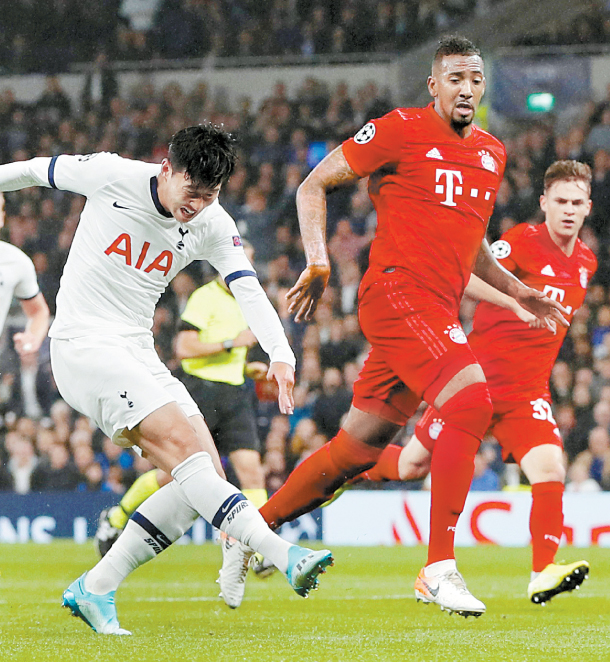 Son Heung-min of Tottenham Hotspur, left, scores during a UEFA Champions League match against Bayern Munich at Tottenham Hotspur Stadium on Tuesday. This was Son’s third goal of the season. Despite Son’s goal, the Spurs suffered a huge 2-7 loss. This is the first time in the team’s 137-year history that the Spurs have given up seven goals at home and is the worst loss ever for an English side facing a European club at home. [REUTERS/YONHAP]