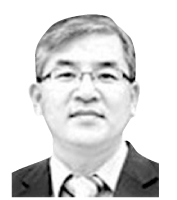 Son Young-jun
The author is a professor of media and communication at Kookmin University.

The internet is not a neatly organized library. It’s riddled with true and false information. There’s not even a librarian. That’s why web users need the media. But unfortunately, the Korean public has lost faith in the local press, and news outlets are ideologically divided. We must not leave the media as it is, but rather help it play a genuine role because no one can truly learn about the world without news.

One place that seriously needs to be revamped on the internet is portal websites. These sites are editing news as they want. We can’t tell what their criteria is. Naver shared some of its editing authority with media companies, but still holds on to its strong power. Naver says that artificial intelligence edits users’ MY News section, but only the company knows the algorithm. With a method like this, people are hindered from savoring a diverse news spectrum. A balanced diet is impossible under such a system.

As portal websites began to dominate the news distribution network, media outlets also have changed their attitudes: they are trying to survive in the portal jungle. As they’re very sensitive about the number of times readers click their articles — and as they want to pump that figure up — they intentionally report on subjects that are provocative or politically divisive. Media companies are primarily responsible for the sort of news they cover, but portal websites influence those editorial decisions.

When portal websites first appeared, their democratic ways of allowing everyone to easily search for information and gain access stood out. The diversity and decentralization of information seemed to fit the values of democracy. But at a time like this when portal websites are dominating the news distribution system, they have become obstacles to democracy. Portal journalism is infringing on people’s freedom to choose which articles to read.

Through their editorial authority, portals choose the width, length and personality of the news articles they feed their users. This process, in itself, limits each person’s liberty to choose their own news. Liberty is about deciding one’s own boundary without any interventions. In the 1879 play “A Doll’s House,” written by Henrik Ibsen, the main character Nora escaped home because she refused to live the life of a doll crafted by her husband, Torvald Helmer. Freedom is about making decisions on your own.

Through their editorial power, portals are blocking people from reading the news they want. By providing loads of information to users in a disorganized fashion, they are paralyzing users’ sense of selection and limiting their freedom of choice. That’s why portals should provide news through what’s called an “outlink system.”

Many people in Korea are feeling the kind of despair Nora felt. Those who were tamed by the portal news systems remain using it, while the rest choose to flee. Korea’s so-called YouTube refugees are a flood of people who felt disappointed by the portal news. YouTube is not a utopia either, but at least people have the freedom to choose there.

Portals are threatening our Republican system of government. Political authorities, constitutional organizations and the media must reasonably keep each other in checks and balances for the sake of maintaining a democratic state. If portals continue to wield the power of the media, the media cannot exercise its power to contain and monitor local authorities.

The Republican system we are vying for is not a political system under which a certain individual, group or authority holds dominant control. It is a society that allows various parties to contain the dominating authority. The fact that controversy never ends about portals rigging the list of the most searched items and comments section could be proof that some “invisible hand” is undermining the media’s power to monitor the powers that be.

The Korean media landscape is in a serious state of depression due to portals’ domination of the news distribution network. They’re infringing upon people’s freedom and hurting the Republican government system. Until when should we stand by and watch their high-handedness? We must save democracy from the tyranny of portal websites.