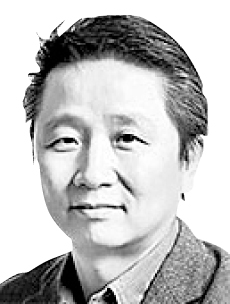 Yi Jung-jae
The author is a JoongAng Ilbo columnist.

One of the questions that I have always had since the Moon Jae-in administration began was whether it is a populist government or not — and if President Moon is a populist or not. Princeton University Professor Jan-Werner Muller’s “What Is Populism,” which is considered a must-read on the topic, listed six characteristics. If someone hits all six categories, he or she is a typical populist. A year ago, I wrote a column diagnosing the Moon administration according to the criteria. At the time, I wasn’t sure. It was like a malignant tumor that is suspicious but could not be confirmed. A year later, I am sure — thanks to the Cho Kuk controversy.

First, taking a side. Hugo Chavez, the former president of Venezuela, had slogans, “Chavez is the people. We are millions,” and “You are also Chavez.” One of the slogans that the liberal camp in Korea has been using lately is “2 million people gathered,” and “I am Cho Kuk.” The climax of taking a side is double standards on justice. If I put it roughly, it boils down to “My side is innocent, and your side is guilty.” According to this standard, Minister Cho and his family is innocent with no flaws legally or personally.

Second, blaming others. When they are the opposition party, they oppose, but things don’t matter once they come to power. When they were the opposition, they said prosecution reforms were urgent, but it did not happen in the first two years of the Moon administration. Instead, a reckless cleanup of what they call “long-standing evils” was encouraged. To the “people of others,” even human rights were not their business. Prosecutor Byun Chang-hoon, who was searched in front of his children, and Defense Security Command chief Lee Jae-su, who was hand-cuffed, stood trial and then killed himself. Then Presidential Secretary for Civil Affairs Cho Kook and President Moon did not mention human rights at all. Now, Moon speaks of respecting human rights when prosecutors investigated Cho’s wife and relatives. Does he think that those on this side are the only people and only the Cho’s human rights should be protected?

Third, pretending to be a victim. They act as victims after coming to power. In a weird turn of events, the mainstream pretends to be non-mainstream, and the majority acts like a persecuted minority. That way, it is easier to blame others and take a side. Justice Minister Cho said that he clenched his teeth when coming to work and he was living day by day for reform. At the center of power, he pretends to be persecuted and vulnerable. The attitude is advantageous to avoid enemies’ attack and strike back. It means he has mastered the populist strategy. 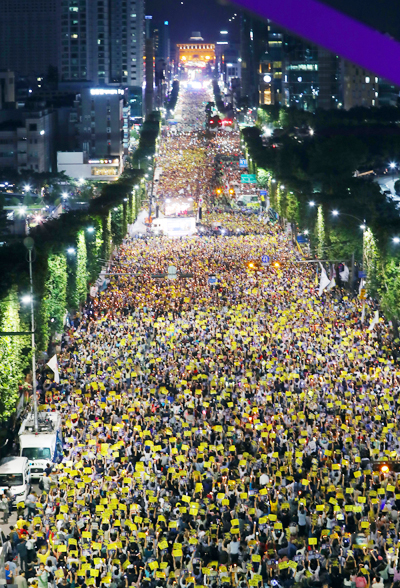 Fourth, dreaming of permanent rule. They think they are the only proper representation of the people and permanent rule is natural. As the “interest of the people comes before the law,” they want to change the electoral system and amend the Constitution. The head of the ruling party openly advocates 100 years of governance.

Fifth, anti-elitism. Populists oppose established interests. The Moon administration wants to replace the mainstream. But once they take power, they would do the same unethical things. What’s different is that they don’t have guilt and act brazenly. They openly make appointments through favoritism. You are naive to believe that you can attack populists by accusing them of corruption or a lack of morality. Look at Minister Cho. He said, “People rebuked me, but they lit the candles [to support us]. I was surprised.” Of course, the people he was talking about is “his people.” He ignores the opposition of 30 million out of 50 million people, because they are not his people.

Sixth, paternalism. They say the nation is responsible for individual lives. In return for their support, they give benefits. The Moon administration says the nation should take responsibility for the entire life cycle of the people. While the government budget was increased by more than 100 trillion won ($82.9 billion) in three years, inequality grew, the middle class decreased, and national debt is increasing.

Everyone knows the end of populism. A nation will be divided, people will be divided, and national coffers will dry up. Chavez’s Venezuela and Peron’s Argentina clearly showed it. In the last administration, I was worried about “Japanification.” At the time, “The World is Becoming Japan” was a best-seller. In this administration, all economic indicators are bad. Exports, which are the last resort, have been declining for the 10th straight month, and prices are falling. As concerns about deflation are deepening, it would rather be fortunate to be like Japan. Even for a populist government, it should be ashamed.