THIS cigarettes succeed in the U.S.

THIS cigarettes succeed in the U.S. 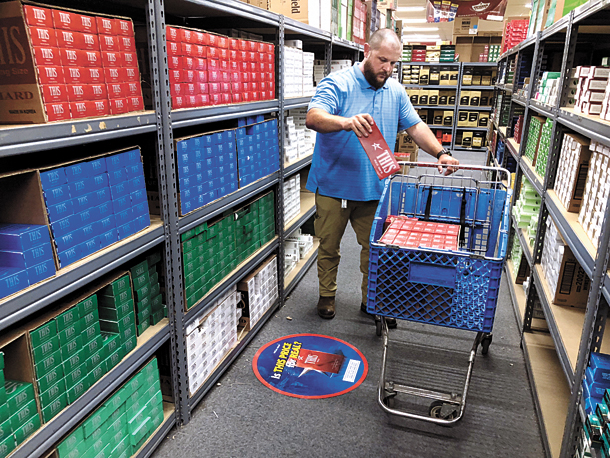 Packs of KT&G’s THIS cigarettes fill up the shelves of a retailer in Tennessee in the United States. [KT&G]

Two decades after its entry into the United States, local tobacco maker KT&G became the fifth best-selling cigarette company in the country.

The low price of THIS cigarettes, which used to be widely smoked in Korea in the 1990s, is the reason why. In its first month of sales in the United States in December 2017, KT&G sold 1.36 million THIS cigarettes - a figure that skyrocketed to 38.25 million in June 2018. By June 2019, that figure jumped to 200.4 million, almost fivefold from the same month a year earlier.

KT&G is particularly proud considering that the United States, along with China and Indonesia, are major cigarette markets that see fierce competition among some 100 global companies. KT&G’s market share in the United States now stands at fifth, ahead of JTI, or Japan Tobacco International, according to market research firm Euromonitor International. 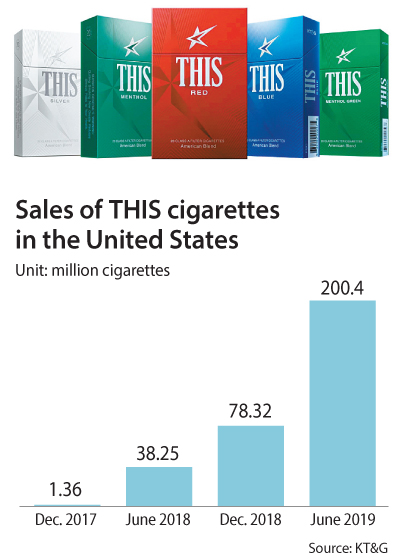 KT&G attributed its success to its cheap price. Distributed at big-box retailers like Costco and Walmart’s Sam’s Club, THIS cigarettes cost as little as $2.97 per pack. The product is promoted in the United States with the tagline, “Is This price for real?”

The price of cigarettes from premium brands like Marlboro, Newport and Camel is in the mid-5-dollar range in, say, Tennessee, where THIS sells for $2.97.

In 2010, KT&G established a corporation in the U.S. Centering on the sales of Time and Carnival cigarette brands, KT&G sold a total of 2.88 billion by 2014. The company said its real boost followed the launch of THIS.

Time is KT&G’s other cheap cigarette. KT&G said it extended the length of Time cigarettes compared to the ones sold in Korea by 20 percent and slightly strengthened the taste for U.S. consumers.

KT&G plans to sell in some 100 countries by the end of next year and 200 by 2025. As the fifth-largest cigarette globally in terms of revenue, KT&G operates business in 70 countries.