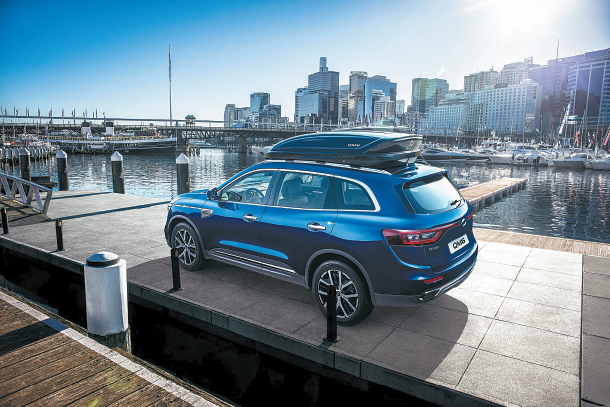 Five years ago, Renault Samsung Motors brought the European Renault Captur to Korea under the name QM3. The Chevrolet Trax was a competitor, but with its cute design and high fuel efficiency, the QM3 became a hit in Korea. It has opened the doors for the smaller SUV market in Korea. In July, a total of 900 QM3s were sold during a special summer vacation promotion, marking the highest monthly sales for the car since its release.

With the QM6 and SM6 as cornerstones, Renault Samsung Motors has constantly introduced new models to the Korean market. After the launch of the SM6, domestic sedans have improved their features and design, dividing the middle class sedan market to before the SM6 and after.

The 2020 model of the SM6 has improved features but has kept the original prices for different options and is even offering lower prices to meet the needs of customers. The SE and LE/RE options have kept most of the features that have high consumer ratings, while lowering their prices by 500,000 won and 300,000 won respectively. For those who wish to purchase a luxury model, Renault Samsung Motors has launched the SM6 Premiere.

In the domestic SUV market, QM6 ranked second in monthly sales for July. A total of 4,262 cars were sold in July, and the QM6 exceeded the sales of its competitor Kia Motors’ Sorento for the first time. In terms of domestic automobile sales, it has jumped to 8th place, compared to sales in June. This success is thanks to the first domestic LPG SUV model, the QM6 LPe, as well as upgrades to the details of the new QM6 and the QM6 Premiere.

The Renault Clio, a European hatchback model, is an alternative for consumers looking for something different. Domestic hatchback models have not been present in the market until now. The Clio, which is the best-selling car in Europe, has sold hundreds of models every month in Korea, reviving the domestic compact car market.

The Renault Twizy can be bought for 5 million won using subsidies from the government, while the SM3 Z.E., the only electric sedan in Korea, can be bought for around 20 million won. The Twizy currently has about 80 percent of the compact electricity automobile market. Beginning this month, the Twizy will be produced in Busan for the next 5 years.

Along with the Renault Master Van, the Master Bus has also been introduced into the local car market. The Hyundai Solati used to dominate the domestic compact bus market, but now, the Master Bus is here with superb safety features and price competitiveness. The vehicle has 13-seater and 15-seater models, priced at 36.3 million won and 46 million won respectively, showing no major difference between the prices of other minivans or vans on the market.