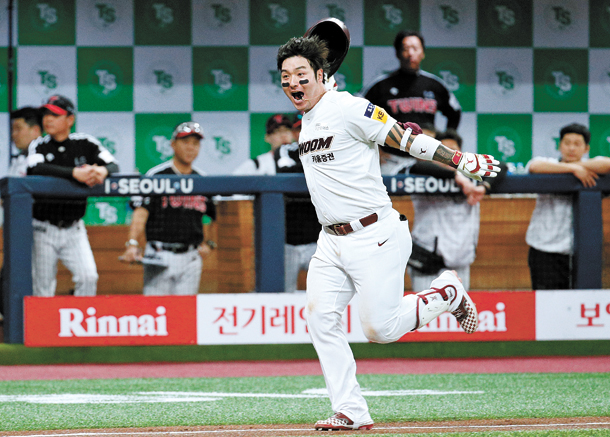 Park Byung-ho of the Kiwoom Heroes celebrates after hitting a home run during Game 1 of the first round of the KBO playoffs against the LG Twins at Gocheok Sky Dome in western Seoul on Sunday. With Park’s home run, the Heroes won the game 1-0 and the Heroes take the lead in the series. The first postseason series are played in a best-of-five series. [NEWS1]