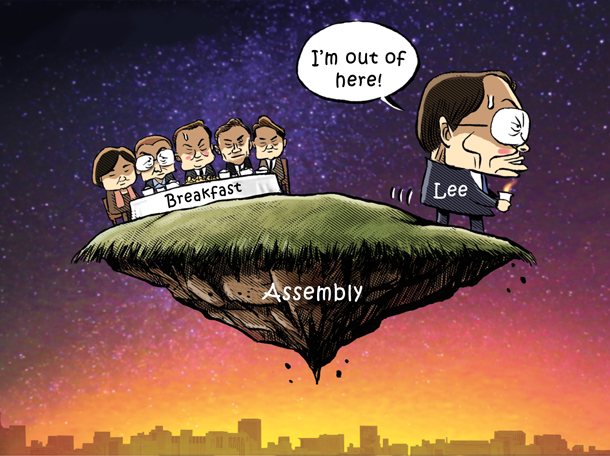 As the National Assembly breaks down due to conflicts over Justice Minister Cho Kuk, Lee Hae-chan, chairman of the ruling Democratic Party, avoided a scheduled breakfast with leaders of opposition parties in order to, some say, avoid their attacks against him for sticking with the minister despite allegations against him and his family.