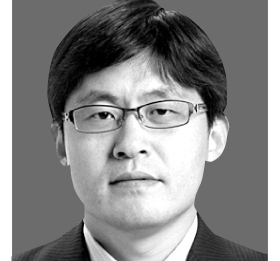 Kwon Suk-chun
The author is an editorial writer at the JoongAng Ilbo.

Demands to bring reforms to the prosecution have never been this serious. It is an unforeseen “butterfly effect” of the Cho Kuk crisis.
The Ministry of Justice’s Judicial and Prosecutorial Reform Committee on Monday recommended the ministry strengthen its powers to check and monitor prosecutors. The committee urged the ministry to conduct direct inspections of prosecutors.

In any scenario, the time for a presidential decision will arrive: President Moon Jae-in will have to consider the pros and cons of keeping Cho as justice minister. At the same time, he will likely lead the initiative personally to reform the prosecution. The problem, however, is that the ongoing prosecutorial reform drive has limits.

Prosecutor General Yoon Seok-youl has presented plans to shut down the powerful special investigation departments and to end the practice of informing the media in advance of summoning high-profile suspects and witnesses and conducting late-night interrogations. Those are the prosecution’s counter-proposals to reforms being forced on it from outside. Yoon must reveal his clear stance on the candlelight vigils outside the Seoul Central District Prosecutors’ Office in southern Seoul to criticize his massive raids of 70 places and an 11-hour search and seizure of Cho’s residence.

Cho’s reform initiatives are designed to take away the prosecution’s mighty powers and give them to the ministry — or the Blue House. It can be a stimulator for reforms, but the system can be restored any time after this administration ends.

In order to ultimately change the system and the powers wielded by the prosecution, the National Assembly needs to approve legal changes. For fast-tracked reform bills to be passed, 149 out of the 297 incumbent lawmakers must support them. The ruling party has 128 lawmakers and its ally, the Justice Party, has six, so they are still shy of a majority. If he really wants to reform the top law enforcement agency, Moon must work on the politics of unity. He needs votes. That’s called democracy.

“How Democracies Die,” a book by Harvard University political scientists Steven Levitsky and Daniel Ziblatt, addresses the crisis of democracy in the United States during the U.S. President Donald Trump administration. The authors stressed the importance of mutual tolerance and institutional forbearance.

Mutual tolerance assumes that opponents also worry about the country and respect the Constitution. Institutional forbearance means that you do not take advantage of institutional privileges even though they are within the law.

Korean politics are lacking because they fail to respect those two principles. Moon should first review all of his handling of state affairs to see if he has kept to the norms. “I urge the National Assembly to pass the bills as soon as possible,” Moon said during a meeting with his senior secretaries on Monday. But that is not enough. He must actively try to talk and persuade his opponents.

It is important that Moon be capable of persuading his own supporters in order to go on to the more difficult tasks of persuading his opponents. The ruling Democratic Party must stop the two-faced behavior of criticizing prosecutors for being political while asking them to investigate its opponents on political charges.

The opposition Liberty Korea Party’s attitude also must change. If they are pragmatic conservatives, they should be okay with a reform of the powerful law enforcement system based on the principle of checks and balances. It must take a step further and demand that the prosecution’s investigative powers and indictment powers be completely separated.

The media, which has criticized the prosecution’s investigations into the previous administrations’ abuses of power and corruption of the judiciary, must also support reform of the prosecution, if their criticisms were genuine. That is the only way for the media to return to their original roles.

The public is sharply split and the battle between the two sides is heated up. Whether they want to oust Cho or defend Cho or have no opinion on Cho, the public must have faith in the greater cause of reforming the prosecution.
It is time to unite opinions. Cynicism and animosity won’t move anyone.

“Will they ever feel sorry to us?” teenage girls wonder as they think about the people who are bullying them in the movie, “House of Hummingbird.” It seems like a statement from the young generation to the older generation. Amid pessimism, I am optimistic that it is still possible — if we are more honest with ourselves.