Samsung Heavy to get $920M for six very big ships

Samsung Heavy to get $920M for six very big ships 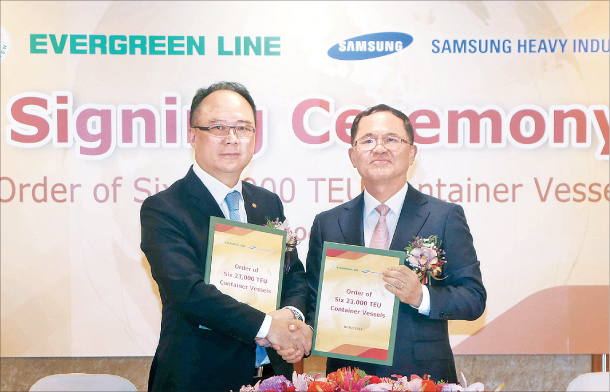 “The demand for ultra-large container ships is expected to continue as global ship owners hope to reduce costs through economy of scale,” a spokesperson from the shipbuilder said.

So far, Samsung Heavy has secured $5.1 billion worth of orders to build 35 vessels of different types this year, achieving 65 percent of its annual target of $7.8 billion.