Korean e-commerce giant Coupang named a former U.S. Federal Reserve governor to its board on Wednesday, adding to the list of high-profile figures in the start-up’s top decision-making body.

Kevin Warsh, who served at the Fed until 2011 after a stint at Morgan Stanley, is considered a Wall Street guru, and some market observers see the nomination as way to improve connections with big-name investors. 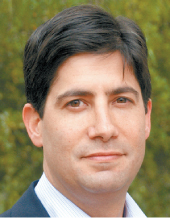 The former governor cited Coupang’s commitment to innovation and customer experience as his reason for joining the company.

“Coupang is at the frontier of innovation,” said Warsh in a statement. “The company’s growth profile is impressive and the customer experience unmatched. I am honored to have joined the board and look forward to helping Coupang’s exceptional founder and CEO Bom Kim execute on his vision.”

Coupang has pulled in more than $3 billion from investors, including SoftBank, and is considered a unicorn start-up with its valuation standing at $9 billion.

The CEO of the start-up refrained from specifying the reason for Warsh’s appointment but expressed hope that his experience will help improve the e-commerce company.

“Coupang’s mission is to transform our customers’ lives,” said Kim. “We want to make shopping so easy and delivery so quick that customers cannot imagine living without Coupang. Kevin’s expertise will help us continue growing and innovating to achieve that goal.”

Born in 1970, Warsh received a bachelor’s degree in public policy with a concentration in economics and political science from Stanford University and holds a J.D. from Harvard Law School.

He is the latest in a series of high-profile figures to join Coupang.