After 20 years, Nell is still chasing their dreams: Their latest album touches on growing up and embracing it

After 20 years, Nell is still chasing their dreams: Their latest album touches on growing up and embracing it 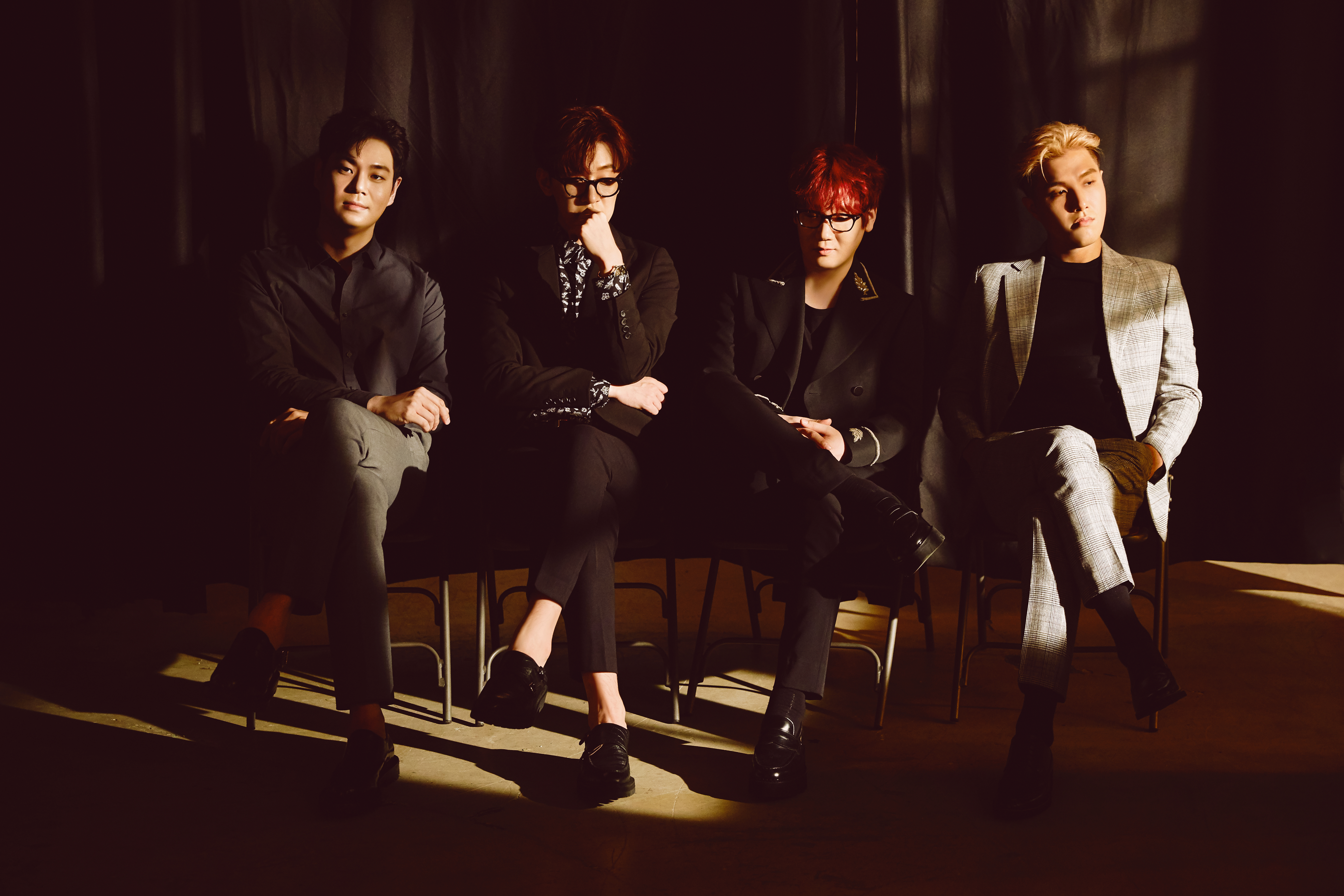 The four-member rock band returns with its eighth full-length album “Colors in Black” today. The nine-track album is full of songs that continue the band’s characteristic dark - and strangely comforting - sound. It’s the band’s first release in nearly a year and their first full-length album in three years.

“When you’re depressed, you’re depressed regardless of what you do,” said Kim Jong-wan, the band’s lead singer. “Some people tell us that it’s easier for them to relate to our songs when they’re depressed, and some tell us that they feel a sense of catharsis with our song. I think it’s hard to say, but for me personally, I feel angry when I see something funny or happy when I’m down.”

While some of Nell’s songs are downright depressing - like “Stay” (2003) or “Limits” (2006) - others can be more hopeful, such as “Time Spent Walking Through Memories” (2008). The album’s lead track, “See U in Five,” falls somewhere in the middle. Depending on your mood, the song can be a calm song about sadness or it may bring you to tears if you think about how the older you get, the fewer chances you have to see your friends. The title “See U in Five” is a phrase that Kim’s best friend from childhood would often say.

“When you’re young, you get to see your friends like every week or even more often,” said Kim. “But as you get older, that becomes once a month. And after that, it even becomes an annual event. It’s natural and inevitable, but I do feel sad. And if you think about it, you could die without seeing your friends more than 10 times from now on. We say that we should meet, but months go by after that.”

Kim writes all of the songs and lyrics for the band, but each member has a say in rearranging the music. While producing this album, the band rented out a studio in Thailand for a month. They only left the studio once to look for Korean food, but other than that, they spent their days working on music. They spent the month working by themselves and also with other musicians from around the world who visited the studio.

Nell made their debut in 2001 and released their first album “Let It Rain” in 2003, but the band first came together in 1999 under the name ilot. Friends from childhood, Kim, Lee Jae-kyung, Lee Jung-hoon and Jung Jae-won have stuck together ever since without ever adding anyone else. They celebrated their 20th anniversary this year, but it didn’t come overnight.

“We had our difficulties in the early years, like the first three to four years,” said Kim. “We fought a lot. And we even said ‘Screw this!’ But I think having done that, we’ve figured things out. We still say among ourselves that we have two choices: doing this or not doing this.

“I think we’re all similar in that we don’t like people who complain. Like, if you have something you don’t like, it’s fine if it’s something we can fix and solve. But there are people who complain without any thought of actually fixing it. To that we say, just go. You either try or you leave. We can’t stand just doing nothing. We’re very straightforward to each other this way.”

“I think we understand each other because we’ve been friends since when we were young,” said Jung. “Everyone has their ups and downs. So rather than just focusing on the negatives, we try to understand that everyone has those moments.”

“But we do talk behind each other’s backs now and then,” Kim said, laughing.

The album also has two songs about dreams: “All This Fxxking Time” and “Dreaming a Dream.” It’s no coincidence - being in a band is all about having dreams.

“I’ve always talked about dreaming, even from the song ‘Stay,’” said Kim. “It sounds like it’s a song to a lover, but it’s actually about music. And our dream is music. I think a life without dreams is meaningless. It’s hard to hold on to your dream, and even harder to achieve the dream. And sometimes, it’s hard to even just have a dream. The world sometimes tells you that you’re being ridiculous by having a dream, that it’s a luxury. So I have almost an obsession with dreams, to make sure I don’t lose mine.”

But since the band founded their own agency, Space Bohemian, in 2016 after parting their ways with Woollim Entertainment, they do often have to consider reality. It’s a team job, but they’ve managed to do well so far.

“We do have some parts where we see our differences,” said Lee Jung-hoon. “But we don’t get too stressed about it, and we work them out quickly. There haven’t been many major stressful events that have made us want to shut the company down yet.”

He added, “But I do think about my mom. Like when she said, ‘If I let you buy this, will you be able to use it properly?’”

Even though Nell’s songs are still mostly sad, the band insists that it is a different kind of sad. If Nell’s earlier songs made listeners give up hope in the world or throw things at someone who makes them angry, their latest songs make you sit and weep - but feel better after doing so.

“I think when I was younger, I was angry,” said Kim. “I had this anger inside me, like when something bad happens that stirred me emotionally, I was so angry. I didn’t understand why things happened, and you can tell that in the music. I was angry with everything.

“But I think it changed around the time I was writing ‘Slip Away’ (2012). Now, I know that what will happen will happen, and it won’t change because of me. I just let go. I don’t know which is worse, but I guess I’m running out of the energy to fight.”

Nell usually includes one or two songs in English on each of their albums for overseas fans, and this project is no exception. “A to Z” talks about how our thoughts and emotions can go from A to Z because of love, while “All This Fxxking Time” deals with the torment of having nightmares.

But after listening to “See U in Five,” make sure to give your friend a call.