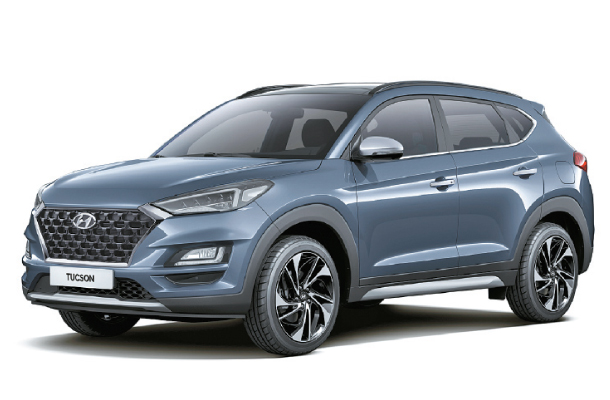 Hyundai Motor launched an upgraded version of its Tucson SUV Thursday as it strives to expand its SUV range and appeal more to younger consumers.

Hyundai Motor announced in a statement Thursday that the new Tucson comes with a range of customer-preferred features and offers a more affordable entry-level gasoline-powered trim.

All trims of the 2020 Tucson, offered in both diesel and gasoline models, come with a smart key system, LED daytime running lights and door pocket lights, all of which were offered for mid-level trims or higher for the previous generation.

For the newest model, Hyundai added an entry-level gasoline trim named “Smart” with a comparatively lower price tag of 22.6 million won ($18,900) as a means to offer an affordable option for prospective buyers looking for gasoline-powered models.

Excluding the Smart trim, two other gasoline-powered trims are priced at 23.9 million won and 29 million won. Customers can pay an additional amount from 1.5 million won to 2 million won if they want to replace the gasoline engines with diesel versions.

Between January and September, 32 percent of sales for the previous Tucson were for gasoline-powered models, up 18 percentage points from 14 percent made throughout last year.

Tucson is one of the best-selling models for Hyundai, as the SUV was ranked 14th in the world for sales last year, or the first among Korean models, with 257,559 units, according to industry tracker Focus2move.

Hyundai added that it is offering two optional packages for Tucson that come with additional features.