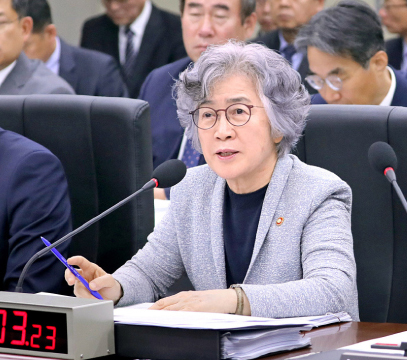 The prosecution announced Thursday a plan to minimize prosecutors’ direct investigative activities and to appoint public affairs specialists to change its way of communicating with the media.

The Supreme Prosecutors’ Office (SPO) announced the plan, the fourth in a series of reform measures, as its members were increasingly attacked by ruling party politicians for having leaked information about an ongoing probe into Justice Minister Cho Kuk’s family.

According to a senior official of the SPO, prosecutors will minimize their roles in investigations.

“We will use the minimum-possible investigative capabilities to only counter high-profile crimes concerning the economy, corruption, defense projects, elections and senior public servants,” he said.

The plan is a follow-up to the prosecution’s first reform measure, announced on Oct. 1, closing special investigation departments nationwide, except for three key units. Those teams have investigated high-profile, often political cases.

The prosecution also vowed to change its media relations practices. “As of now, prosecutors are responsible to brief media about their cases,” the official said. “From now on, we will appoint media specialists to carry out public affairs operations. Investigations and media relations will be completely separated. Confidentiality of probes will be protected while the people’s right to information will be guaranteed.”

The prosecution said it will consult with the Justice Ministry and Interior Ministry to restructure the organization. Senior-level prosecutors who do not participate in investigations will be appointed public relations specialists at each district office.

The Justice Ministry welcomed the prosecution’s announcement on Thursday and promised help with the changes.

The ruling Democratic Party (DP) criticized Song for having told media about suspected criminal activities of Cho’s family. During the National Assembly’s audit of the Seoul Central District Prosecutors’ Office, Song was grilled by Rep. Kim Jong-min of the DP for alleged leaking of information.

The DP also filed a petition with the prosecution on Oct. 2 to investigate prosecutors and investigators who are probing the Cho family over an alleged leak of confidential information obtained in the line of their duty.

The latest reform measures appeared to be intended to protect the prosecution from such attacks. “Appointing public affairs specialists will completely separate investigations and media relations, freeing investigators and prosecutors from outside pressure,” said a prosecutor-turned lawyer.

Meanwhile, the Anti-Corruption and Civil Rights Commission said Thursday that Cho’s continuing service as justice minister amid the prosecution’s probe into his family can be seen as conflict of interest. The commission also said temporarily suspending him from duty could be a possible resolution.

During the National Assembly’s audit of the commission, Rep. Lee Tae-kyu of the Bareunmirae Party asked about the possibility of a clash between Cho’s own interests and the public interest as his wife is being investigated by the prosecution.

She, however, said that does not mean that Cho’s general powers as the justice minister would be withheld.

Pak disagreed. She said the law requires Cho to inform the commission about a possible case of conflict of interest. “But Cho repeatedly said he won’t influence the probe, and I believe he will keep the promise,” she said.

The Blue House on Thursday made clear that President Moon Jae-in has no intention of dismissing Cho, as it gave answers to two public petitions regarding Cho.

Because both petitions obtained over 200,000 signatures in a month, the Blue House formally considered them and gave a combined reply on Thursday.