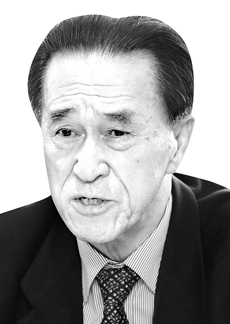 Current ties between Korea and Japan are at their worst since the countries normalized diplomatic relations in 1965. Various factors are often mentioned as reasons for the crisis: the rise of China, nationalism, structural changes of international politics in the post-Cold War era, changing relations with Washington, Beijing and Pyongyang, the horizontal relationship between Seoul and Tokyo and the continuity of Seoul-Tokyo historical disputes.

Considering these circumstances is helpful to understand the broad picture of Korea-Japan relations. Yet in the end, it’s all up to the leaders to decide whether to turn the crisis into an opportunity — or fall deeper into the quagmire.

The most urgent Seoul-Tokyo issue to resolve right now is reparations for Korean forced laborers during Japan’s colonial rule. Seoul’s basic stance is that Japan must respect the Korean Supreme Court rulings that ordered Japanese companies to pay victims. Tokyo, on the other hand, argues that the claims issue has already been resolved through the 1965 bilateral treaty, and therefore, the Supreme Court rulings are a violation of international law. In coming up with a solution, it’s difficult for both sides to reach an agreement on the principle of law because they have different legal interpretations of the issue.

Seoul and Tokyo each presented some ideas they thought would bridge the gap, but every suggestion was struck down by the other nation. At a time when President Moon Jae-in and Japanese Prime Minister Shinzo Abe are not communicating with each other, the upcoming enthronement ceremony for new Japanese Emperor Naruhito on Oct. 22 and the deadline for terminating the General Security of Military Information Agreement (Gsomia) on Nov. 22 — events that could prove to be watershed moments in breaking the diplomatic logjam — are nearing.

In his speech marking the centennial of the March 1 Independence Movement, Moon said Korea does not intend to create issues for diplomatic conflicts with a neighboring country; that wiping out vestiges of pro-Japanese collaborators, just as with diplomacy, should be done in a forward-looking manner; that cooperation with Japan will be strengthened for the sake of peace on the Korean Peninsula; and that when the pain of victims is substantively healed through concerted efforts, Korea and Japan will become genuine friends with heart-to-heart understanding.

If President Moon believes his country can become genuine friends with Japan — and if he has faith in cooperating with Japan to establish peace on the Korean Peninsula and pursue forward-looking diplomacy — then now’s the perfect chance to make a generous concession. If we tell Japan that we won’t ask it to compensate our forced laborers, then Tokyo will be taken aback. That way, we can also maintain our ethical superiority and national pride. Korean victims of forced labor are well aware of President Moon’s sincerity, and the general public will wholeheartedly listen to Moon as he explains the situation to them and tries to convince them about his decision.
At any cost, what needs to go along with Moon’s concession is the Abe administration’s sincere reflection of Japanese colonial history. Kazuyoshi Akaba, Tokyo’s minister of land, transport and tourism, recently lauded Korea for benefiting Japan by sharing its culture. It’s worthwhile to expect Abe to make such a flexible move based on his seasoned experience as the longest-serving prime minister of his country.

Here’s how the Korean public remembers Japanese leaders reflecting on their past. In 1990, then-Japanese Emperor Akihito expressed his “deepest regret” over the “sufferings” Koreans experienced. When former Korean President Roh Tae-woo visited Japan in 1994, he told Roh that Japan was able to learn a lot from the culture passed on by Korea. In 2001, when I was serving as Korea’s ambassador to Japan, the emperor told me that the mother of Japanese Emperor Kanmu was the child of the Korean Baekje Kingdom’s (18 B.C. - A.D. 660) King Muryeong.

The first time that the Japanese government acknowledged its past wrongdoings was in 1995, through a statement made by then-Japanese Prime Minister Tomiichi Murayama, though Korea was not specifically mentioned. Murayama, who had served as chairman of the Social Democratic Party, expressed his “deep remorse” and “heartfelt apology” to many countries — particularly Asian nations — which suffered “tremendous damage and suffering” by Japan in the past. Japan’s prime minister in 2010, Naoto Kan, once again expressed his “feelings of deep remorse” and “heartfelt apology” to the sufferings caused by Japan’s colonial rule during a speech marking the 100th anniversary of the Japanese annexation of Korea.

The Japanese Constitution defines the emperor as “the symbol of the State and of the unity of the People” without powers relating to the government. So the Japanese government must represent the Japanese people in reflecting on its past. The best way for Tokyo to do that would be by reflecting on its past and, at the same time, confirming ways to reconcile and cooperate with Korea. A good precedent to reference would be the Korea-Japan partnership declaration signed in October 1998 in Tokyo between President Kim Dae-jung and Japanese Prime Minister Keizo Obuchi. The declaration was composed of 11 main points and 43 action plans.

President Kim respectfully described the Korea-Japan partnership declaration to a crowd of some 600 lawmakers from the upper and lower houses of the Japanese Diet, who were seated as representatives of the Japanese public. His speech was aired live on NHK and spread throughout Japan.

At a time when both countries were each struggling with history, diplomacy, national interests and public sentiments, the joint declaration and President Kim’s speech to the Japanese Diet contained deep thoughts and consideration as to how the two countries will overcome their obstacles to build a more peaceful, prosperous bilateral relationship in the 21st century. They also contained expectations for Japan’s role in Korean Peninsula peace and faith for the people of Korea and Japan, who both shared the same universal values in East Asia, including human rights, democracy and market economy.

I had three approaches in mind when I was directly involved in drafting President Kim’s joint declaration and parliamentary speech. One was the diplomatic peace theory — a perspective based on the notion that democracy is the foundation of peace and that democratic and peaceful countries do not engage in war with one another. Japan is a leading democratic country that studied democracy for over 150 years, and Korea is the only country in Asia that gained democracy through a civil revolution. The perfect theory for peace and prosperity between Korea and Japan, in this sense, is the diplomatic peace theory.

The second approach I had in mind was the economic peace theory, which considers economic interdependence as an essential factor to peace.

The key to peaceful coexistence in the post-Cold War era is peaceful economic interdependence. Immanuel Kant’s theory that a republican form of government and the spirit of trade cannot coexist with war is seen in politics as the philosophical root of democratic peace and economic peace.

My third approach was something I had argued since the 1970s: cultural peace. This point of view was based on my experience that countries with robust cultural exchanges have a low possibility of engaging in a conflict or war and that cultural diplomacy — considered the “art of public diplomacy”— can solve disputes. But one thing to be cautious of is that if a country’s national culture comes off as political ideology and leads to the excessive expression of national identity, that itself could exacerbate a diplomatic dispute. But except that, allowing countries to continuously exchange on the cultural front can spark a win-win synergy effect toward peace and prosperity, in part by mutually learning how to oppose cultural exclusiveness.

Surprisingly, the first person in Korean contemporary history who proposed the concept of a peace culture as an indicator of creating a cultural nation is the late independence activist Kim Koo. The year 2000 is also when Unesco introduced the concept of the culture of peace. The mutual sharing of freedom and democratic systems will be the future foundation for building peace between Korea and Japan.

Create a drama to turn the crisis into an opportunity

Japan’s decision to remove Korea from its so-called white list was a highly inappropriate move based on the economic peace theory. Luckily Korea and Japan have shared experiences of achieving reconciliation and cooperation through the sharing of cultures. In 1998, despite poll results that showed 80 percent of the Korean public was opposed to the idea, President Kim opened the market to Japanese pop culture as both countries tried to mend their ties. That was the beginning of Hallyu, or the Korean Wave.

Abe, who publicly opposed the 1998 Korea-Japan partnership declaration, made an interesting remark last year during a ceremony marking the 20th anniversary of the joint declaration. I was there as a representative of Korea, and by what I remember, he roughly said, “I was young when the declaration was signed, and I was against it because I thought Japan was conceding too much on history. But when I think about it now, I realize how important a leader’s decision is.”

Abe accompanied former Japanese Prime Minister Junichiro Koizumi to North Korea in 2002 and 2004 and participated in the 2002 signing ceremony of the Pyongyang Declaration between Koizumi and then-North Korean leader Kim Jong-il. Japan expressed “deep remorse and heartfelt apology” to “the people of Korea” through the declaration. To this day, Abe says he’s willing to meet current North Korean leader Kim Jong-un without any preconditions.

The 1998 Korea-Japan partnership declaration has established itself as a declaration largely supported by both countries’ politicians, pundits and members of the general public. If the forced labor issue inherits and develops the spirit of historical remorse and reconciliation mirrored in the partnership declaration, leading President Moon and Abe to sign a new joint declaration, then both leaders will be able to create a historical drama turning the crisis of the past into an opportunity for the future.