Heize concentrates on the brighter days after a breakup

Heize concentrates on the brighter days after a breakup 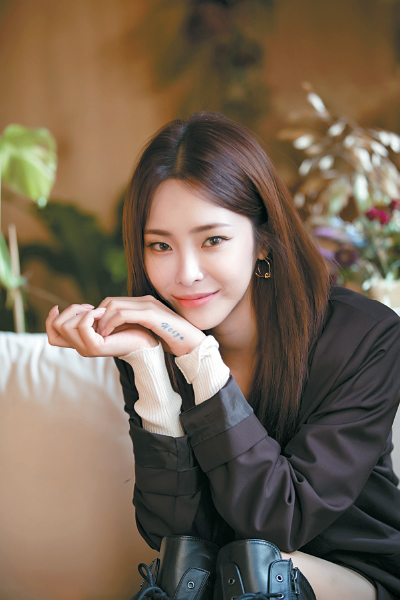 What do singer-songwriter Heize and pop diva Taylor Swift have in common? Well apart from their obvious talents in songwriting and great senses of style, they both use the breakups they go through as inspiration for their catchy hits.

“Breakups are hard, but I enjoy writing about them because I know many people will resonate,” Heize explained during a group interview in western Seoul last Friday ahead of her album’s release. “I think people’s lives are all similar, and I like knowing that my songs help comfort them.”

Heize returned with her fifth EP “Late Autumn” on Sunday, and like many of her previous releases, it’s stocked with songs about love and relationship struggles that the 28-year-old wrote herself.

Although broken hearts are a running theme, with her two lead tracks “Falling Leaves are Beautiful” and “Late Autumn,” Heize said she wanted to help people realize that breakups, like autumn, give way to brighter days.

“I like autumn best out of all seasons. Many people think of it as a very bitter time when the wind becomes chilly and the branches thin, but autumn eventually leads to spring. Like fall, breakups are kind of like a preparatory stage for a better future. This is what I learned from my own experience.”

She’s collaborated with singer-songwriter Crush and experimented with the city pop style for the first time, a genre that she’s hoping to continue experimenting with for future projects.

“I really resonate with the lyrics that ‘time is like magic’ and the message that although a breakup can be really painful, it might have been for the best.”

“‘Diary’ is also the track I had up on my Cyworld homepage the longest,” she said, recalling the now-defunct social networking site that she spent a lot of time on as a student.

Since debuting in 2014 and rising to fame with her TV appearance on the second season of “Unpretty Rapstar,” Heize has become one of Korea’s most in-demand female vocalists, landing the No. 1 spot on music charts with multiple hits. Her music videos for “Star” and “You, Clouds, Rain” each have over 20 and 30 million views on YouTube, and earlier this year, the artist even collaborated with BTS’s Suga on a track he produced, “We don’t talk together.”

“I credit much of my success to the timing of my career, when singer-songwriters are receiving a lot of attention,” said Heize.

“I also don’t find the presence of other female soloists in the charts as competition because we’re all unique and none of our colors overlap. That’s why we are successful in our own way.”

But she admitted that she recently started worrying about how her repetitive lifestyle might lead to writer’s block. “I’m in a cycle where I perform during festival season and work on my albums the rest of the year. I’m often inspired by nature for my songs, but I’ve already written about stars and rain.”

“I think I still have a lot to explore on the topic of love. I guess I’ll get a lot of new ideas when I’m in a new relationship.”