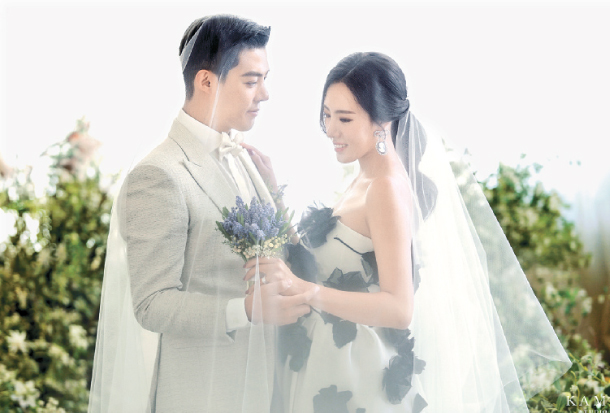 The two held the wedding at a hotel in Seoul, according to Lee’s agency, Bonboo Entertainment, and Kangnam’s management, Dmost Entertainment.

They first met on SBS’s reality show “Law of the Jungle” in September last year and confirmed their relationship in March.

“We plan to live diligently, like a gold medal,” Kangnam told reporters ahead of the wedding.

Lee, 30, is the most successful athlete in Korean speed skating.

She won the gold medal in the women’s 500-meter event at the 2010 Vancouver Winter Olympics and at Sochi four years later. She took the silver in the same event at PyeongChang 2018. She announced her retirement in May.

Kangnam, who has a Japanese father and a Korean mother, started his entertainment career with hip-hop band M.I.B in 2011.

The 32-year old Japan-born singer said he proposed to Lee several months ago, and she accepted.