The iX5 could be the Chinese car for Koreans

The iX5 could be the Chinese car for Koreans 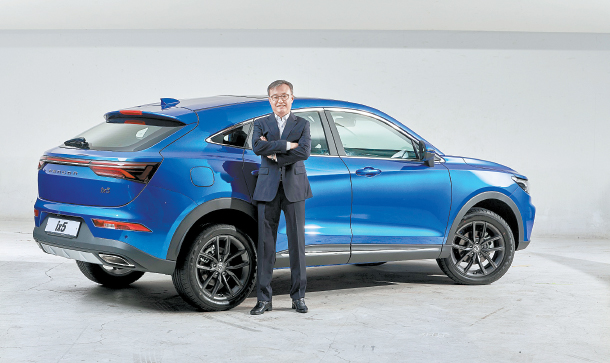 Korea may be a nation of car lovers, but ask someone to name a Chinese automaker and they’ll probably come up short.

That could be all about to change, as Shinwon CK Motors, a local importer of Chinese vehicles, announced on Oct. 10 that it is launching the Fengguang iX5 mid-size crossover SUV from Dongfeng Xiaokang, a subsidiary of China’s second largest automaker Dongfeng Motor.

China is the largest automobile manufacturing country in the world, but it has not been especially successful in exporting its vehicles. Most countries don’t think of China as a quality car manufacturer, and the same sentiment is apparent in Korea, where imported cars take up around 20 percent of all sales in the country.

Many drivers here have negatively rated Chinese cars for unsatisfactory performance, knock-off exterior designs and disappointing after service, making them an unpopular choice despite their affordable price tags.

BAIC Group’s Kenbo 600 SUV, the first Chinese car sold in Korea, was launched in 2017 and drew large public interest initially, selling out of its first 120 units. But as the model’s performance failed to meet expectations, only a total of 312 cars were sold in 2017, one tenth of the 3,000 unit sales target for Shinwon CK Motors that year.

But Shinwon CK Motors believes it’s going to be different this time. The new iX5 comes with enhanced design and performance, trying to change the overwhelmingly negative sentiment Koreans have toward “Made in China” products.

“We will play our role as a true game changer in the fierce competition among local automakers and import companies by introducing this premium-level vehicle with a reasonable price and improving service quality for customers,” said Shinwon CK Motors CEO Lee Kang-soo in a statement.

The iX5, a completely new take on Dongfeng’s mid-size SUV Glory, is a coupe-style car with wide radiator grille and sharper exterior design, an updated design thanks to Dongfeng’s designer who previously worked at BMW.

While the iX5 is rated lower than the Santa Fe, which is rated at 185 horsepower with 41 kilogram-meters of torque, the Chinese model is up to 11 million won cheaper than the Hyundai Motor SUV.

The price is more appealing considering the features Dongfeng have managed to cram in. The iX5 comes with a 10.25-inch touch-enabled display infotainment system and three digital screens for drivers.

An artificial intelligence-based voice control system and internet-based applications for the infotainment system are also set to be added soon.