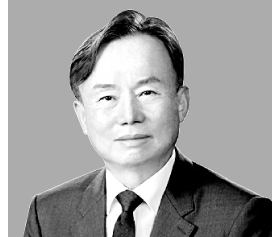 Choi Kwang-hae
The author is an acting head of the Woori Finance Research Institute.

The global economy is facing a time bomb. The trade dispute between the United States and China is a war to win technology dominance. Global trade is losing its vitality due to the clash between the two largest economies, and all countries — whether they are advanced economies or developing ones — are facing growing worries of recession.

Korea, which is heavily dependent on exports, suffers when its major trade partners have difficulties. Korea’s exports have dropped for nine consecutive months since last December. The government is working desperately, but its efforts are not successful. The growth rate went down to minus 0.4 percent during the first quarter of this year compared to that of the previous quarter, confirming our fears. Many economic indices are dropping.

The Shinzo Abe administration announced its decision to tighten regulations on materials crucial for our semiconductor industry in July, triggering a crisis in Korea. As the measures are designed for the Japanese firms to obtain case-by-case approval to export the materials to Korea, there is no tangible damage yet. But the problem is that Japan can put a stop to Korea’s chip-making industry at any time by disrupting the supplies of those materials. As similar measures can also be taken against Korea’s automobile and chemical industries — key export items — concerns are deepening of a larger economic crisis.

The economic crisis triggered by Japan is not an unforeseen black swan event, but it is more like a grey rhino, a highly probable yet neglected threat. As Korea has long felt comfortable in the international division of labor, it neglected development of core materials, components and equipment that require accumulation of technologies for a long time.

Because Korea has become so used to producing finished products using Japanese materials and components, a malformed trade structure was established in which Korea’s trade deficit against Japan actually increases the more it exports. Korea, therefore, suffered trade deficits with Japan for a long time. Last year, of its $24.1 billion trade deficit with Japan, 93 percent resulted from Korea’s imports of materials, components and equipment from Japan. Although Japan does not experience much inconvenience without Korean products, Korea’s key industries could stop without Japan’s components.

In order to resolve this crisis, we need to localize the production of materials, components and equipment. We were aware of the need for a long time but failed to do so, and we need a special determination to succeed this time. Two decades ago, the nation was united by economic crisis. Households collected gold and donated it to overcome the unprecedented foreign exchange crisis, which surprised the International Monetary Fund and the international community and won their support. We should show a similar determination once again. Localizing materials, components and equipment is only possible when the government, conglomerates, small companies and the civil society make sacrifices and cooperate together.

The government must focus its national agenda of innovative growth on the materials, components and equipment industries and concentrate the country’s research and development capabilities on developing technologies superior to those in Japan within a short period of time. Deregulations of strict laws that have barred technology development must be done as soon as possible.

It is premature to have an optimistic assessment, but we can have hope. Woori Finance Research Institute presented a research report saying that six of the seven core materials for the semiconductor and display industries — which are under Japan’s trade restrictions or could be included on the restriction list — can be localized within two to three years.

Compared to the past, Korean companies have significant technological capabilities. They also have financial resources to push forward concentrated research and development projects.

From the oil shock of the 1970s through the global financial crisis in 2008, the Korean economy successfully overcame economic crises with its unique spirit and accomplished growth. The key to overcoming today’s unstable global economic environment is once again in our hands.