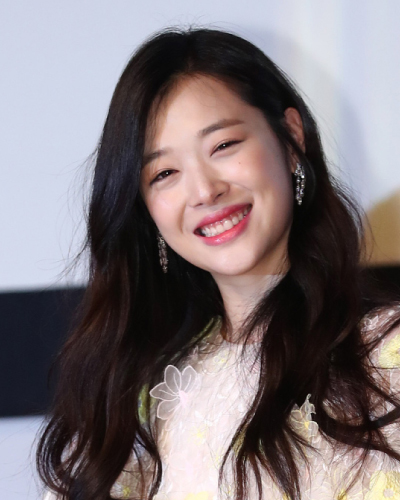 Singer and actor Sulli, whose real name is Choi Jin-ri, was found dead on Monday. [YONHAP]

Singer and actor Sulli was found dead at her residence in Seongnam, Gyeonggi, on Monday afternoon. She was 25 years old.

Sulli, whose real name is Choi Jin-ri, was found unconscious by her brother on Monday afternoon at around 3:20 p.m.

Sulli’s younger brother, who is also her manager, found her body and contacted police. According to Seongnam police, the singer appears to have died in an apparent suicide, although investigations are ongoing.

Sulli’s brother visited her house after she had been out of contact since 6:30 p.m. on Sunday, when the two last spoke. Sulli had “suffered from severe depression” according to her brother.

Sulli made her acting debut in 2005 with SBS drama “Seodongyo” and later debuted as a part of girl group f(x) in 2009. The group has been dormant since 2015, and Sulli has been pursuing a career as an actor and a solo singer. She recently released the EP “Goblin” in June.

Throughout her career Sulli was often a divisive figure, and was often the victim of incredibly malicious messages on social media and portal websites. In a career marred by scandals and rumors — dating rapper Choija in 2013, quitting f(x) in 2015 and a suicide attempt rumor in 2016 — Sulli became the victim of some of the worst online bullying in the K-pop industry.

Things intensified recently when she began posting pictures on Instagram wearing tops without a bra. Although she received a lot of support both here and internationally, she also received an intense backlash from more conservative Koreans.

Sulli had revealed that she “felt uncomfortable with people’s stares and wished that prejudice would go away” while co-hosting JTBC talk show, “The Night of Vicious Comments.” The show featured the singer, entertainers Kim Sook, Shin Dong-yeop and Kim Jong-min, who brought stars face-to-face with their internet trolls and gave them a chance to speak their minds.

She also recently made a cameo appearance on tvN drama “Hotel Del Luna.”