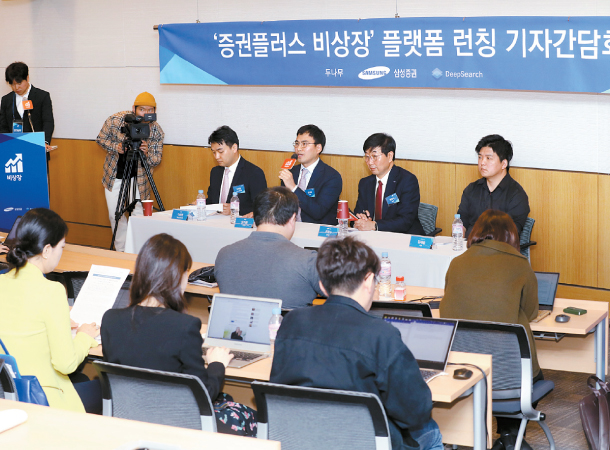 Dunamu, a fintech firm backed by Kakao, will launch a trading platform designed to process transactions of shares from unlisted public companies, the unit announced on Monday.

The firm partnered with Samsung Securities and DeepSearch, a start-up leveraging artificial intelligence and big data for financial services, to release the service.

The platform, due to be launched by the end of this month, will facilitate sales and purchases of unlisted shares and provide information on the connected companies.

In the initial phase, 4,000 unlisted public companies will be traded, with detailed information on 100 of the 4,000 firms already available for potential investors.

The move came against the backdrop of increasing demand for unlisted shares, as the transactions of those securities are often conducted in an unauthorized manner through unlicensed brokers or underground markets.

Dunamu said that the new service aims to overcome such pitfalls.

“In Korea, buying and selling unlisted shares are done via a certain online community, so there are uncertainties about authenticity of the shares and high commission fees,” said Lim Ji-hoon, chief strategy officer at Dunamu.

He added that Samsung Securities will help with certification and verification of traded shares.

The platform, Dunamu said, will also incorporate blockchain technology as it expands in the first half of next year.