The Kia Tigers appointed Matt Williams as the team’s new manager on Tuesday.

The Tigers announced that the club signed a three-year contract with Williams. With the signing, Williams became the Tigers’ first-ever foreign manager. 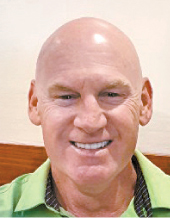 Williams started his coaching career as the Arizona Diamondbacks’ first base coach in 2010 and moved to third base coach for the 2011 season. In October 2013, Williams was appointed as manager of the Washington Nationals.

Throughout his two seasons as the Nationals’ manager, he picked up 179 wins and 145 losses, recording a 0.552 winning percentage.

Williams continued his coaching career, joining the Oakland Athletics as third base coach in November 2017.

Before starting his coaching career, Williams played in the major league for 17 seasons. He made his major league debut with the San Francisco Giants in 1987, moved to the Cleveland Indians for one season in 1997 and had another six seasons for the Arizona Diamondbacks before he retired.

Williams is not only the Tigers’ first-ever foreign manager, but only the third foreign manager ever to join the KBO. Jerry Royster was appointed as the Giants’ manager from 2007 to 2010. Throughout four seasons with the Giants, he successfully led the club to the postseason.

Trey Hillman was the KBO’s second foreign manager, leading the SK Wyverns from 2017 to 2018. In his first season, Hillman led the Wyverns to the postseason but lost in the wildcard, but in his second season last year, he successfully led the Wyverns to win the Korean Series title.

As the two foreign managers have been pretty successful in the KBO, expectations will be high for Williams next year. He is expected to arrive in Korea on Thursday and will join the Tigers’ end-of-season training camp.

Park Heung-sik, who served as the Tigers’ interim manager throughout the 2019 season, will be leading the club’s Futures League team.

The 2019 season wasn’t the best season for the Tigers. In May, less than two months into the season, the Tigers’ former manager Kim Ki-tai resigned due to the club’s poor performance. Due to this, Park took the helm for the rest of the season.

Under Park, the Tigers finished seventh in the league by picking up 62 wins, two draws and 80 losses, with a 0.437 winning percentage. As the club won the regular season and the Korean Series in 2017 and managed to advance to the postseason last year, their standing this season was quite a disappointment.