Having a Whale of a time

Having a Whale of a time 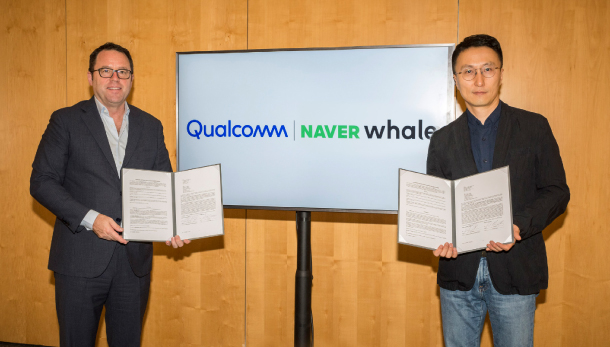 Jim Cathey, Qualcomm Technologies’ senior vice president and president of Global Business Operations, left, poses with Kim Hyo, product leader of Naver’s Whale internet browser, at the Qualcomm 5G Summit 2019 in Barcelona, Spain on Monday. The two signed an agreement to collaborate on optimizing Naver’s Whale internet browser on mobile devices using Qualcomm’s Snapdragon processors, such as consuming less power. For Naver, the partnership is part of an effort to collaborate with global IT giants to expand Whale’s foothold as a global browser. Naver and Qualcomm formerly worked to introduce the world’s first 5G-powered Brainless Robot at this year’s CES 2019 in January. [NAVER]