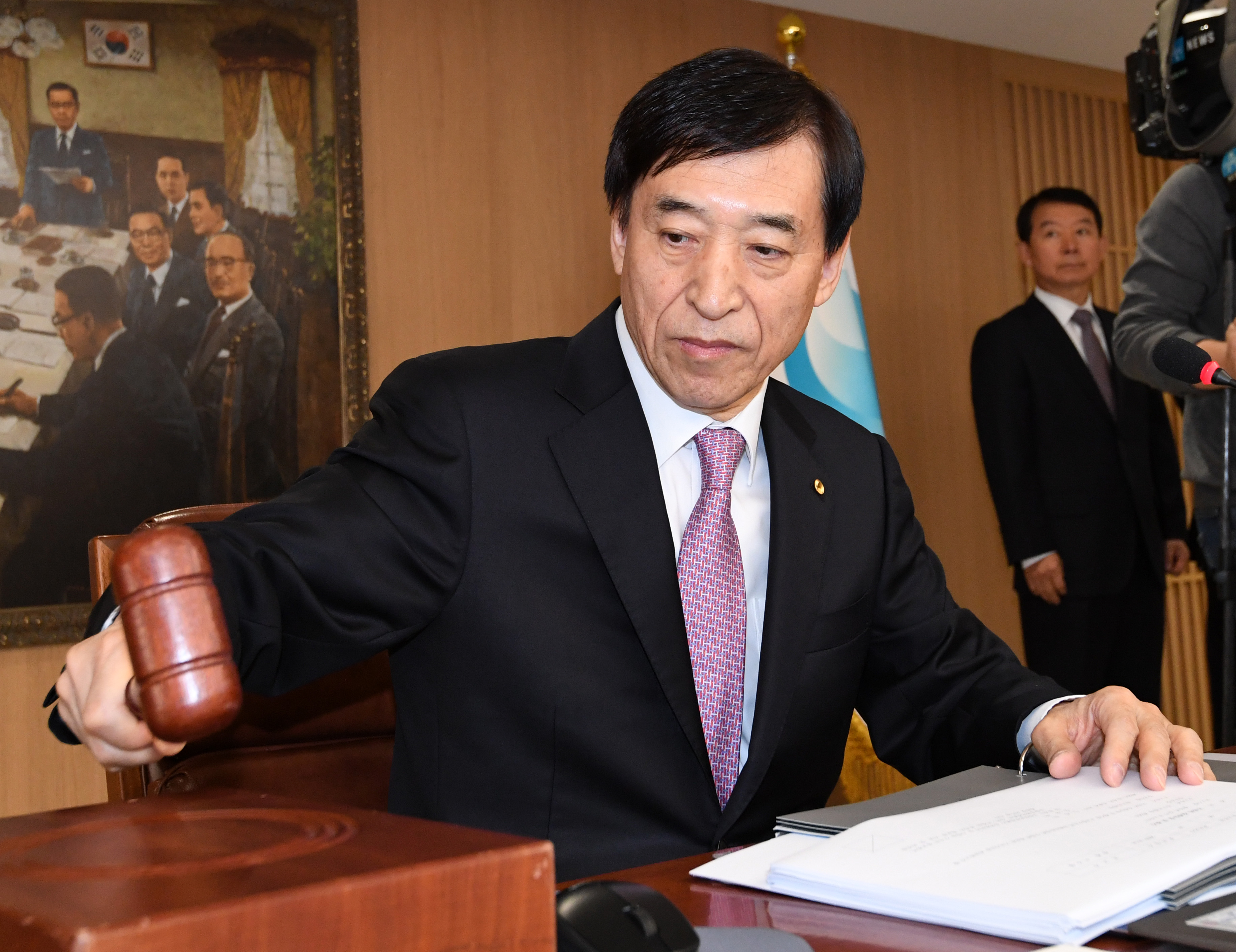 The Korean central bank lowered its key interest rate on Wednesday, just three months after the last cut, in a bid to navigate worsening economic conditions.

In a monetary policy meeting, the Bank of Korea (BOK) trimmed its benchmark interest rate from 1.5 percent to 1.25 percent.

The decision was in line with the market consensus as 65 percent of fixed-income analysts expected a cut in October, according to the Korea Financial Investment Association.

Korea is beset by a multitude of economic headwinds at home and abroad, ranging from weak exports, tepid investment and persistently low inflation to external uncertainties stemming from the ongoing trade dispute between the United States and China, the murky future of Britain’s Brexit and Japan’s export restrictions against Korea.

Against this backdrop, the central bank also slashed its 2019 growth outlook by 0.3 percentage points from 2.5 percent to 2.2 percent, but it is expected to cut further in November.

Governor Lee Ju-yeol also made it clear that Korea is unlikely achieve the latest forecast this year.

The International Monetary Fund (IMF) was the latest to drop Korea’s economic outlook for this year.

The international organization on Tuesday released an outlook that lowered Korea’s growth projection for this year to 2 percent, a sharp drop from just six months ago when it expected the economy to expand 2.6 percent.