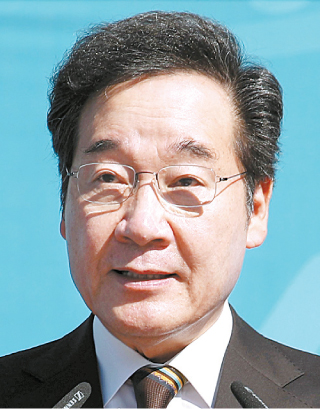 Local officials preparing for Korean Prime Minister Lee Nak-yon’s visit to Tokyo next week for the Japanese emperor’s enthronement ceremony voiced hope on Wednesday that Lee will “lay the stepping-stones” for a possible summit between the two countries.

“China and Japan are growing close to each other like never before,” a high-level official in Lee’s office said, “whereas the relationship between Korea and Japan is at its worst state.”

If Lee manages to “soften the atmosphere” between Seoul and Tokyo during his trip to Japan next week, then President Moon Jae-in will be able to talk with Japanese Prime Minister Shinzo Abe under more amicable circumstances the next time they meet, the source continued.

Another aide of Lee said the Korean prime minister wasn’t traveling to Japan to “gain something” or “reach some kind of fruitful result” in bilateral relations, implying that the trip would focus on preventing ties from deteriorating any further.

Lee is scheduled to travel to Tokyo next Tuesday through Thursday for Japanese Emperor Naruhito’s enthronement ceremony, in what could be a watershed moment to break the diplomatic standoff between the two countries.

Lee’s office is in the process of scheduling a meeting with Abe. Officials with knowledge of Lee’s itinerary said his office recently informed Tokyo when - and in what kind of format - Lee wishes to meet Abe.

Local officials said they would fine-tune details of the meeting after Abe’s office responds to the proposal.

The high-level official in Lee’s office said the Korean government initially tried to send President Moon to the enthronement ceremony but that Japan “indirectly” turned down that offer. Instead, the Japanese government apparently wanted Prime Minister Lee to come, the official continued, because they thought it would be difficult to “reach a conclusion” at this point if Moon were to come and hold a summit with Abe.

The last time that Moon and Abe held a summit was in September 2018, before the Korean Supreme Court ordered two Japanese companies to compensate Korean victims of forced labor during World War II.

Other sources said Lee’s office was trying to arrange a meeting between former Japanese prime ministers and with Toshihiro Nikai, secretary general of Abe’s Liberal Democratic Party. Lee is also expected to meet numerous figures from the Japanese political and economic sectors, as well as civic groups.

During an Upper House meeting on Wednesday, Abe steadfastly urged Seoul to stop violating international law but added that both countries need to continuously talk with each other.

A director general-level meeting between the two countries was held at the Korean Foreign Ministry in Seoul the same day to discuss issues including Japan’s export restrictions and the forced labor rulings.