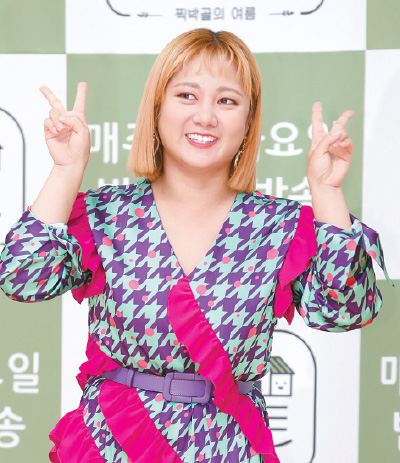 Titled “Stand-Up,” the show will feature comedians, actors and regular people talking about their lives in a stand-up comedy format. “Stand-Up” promises both laughs and a good time, the broadcaster added.

Park is one of Korea’s leading comedians today. She’s appeared in countless comedy programs and reality shows, including “Gag Concert,” “Comedy Big League,” “I Live Alone” and “Little Forest.” Thanks to her popularity, Park has been the face of many advertising campaigns including Nike in Korea.

Park is also the star of a newly-launched Netflix Originals series “Park Na-rae: Glamour Warning,” where she discusses sex, relationships and celebrity life in stand-up.