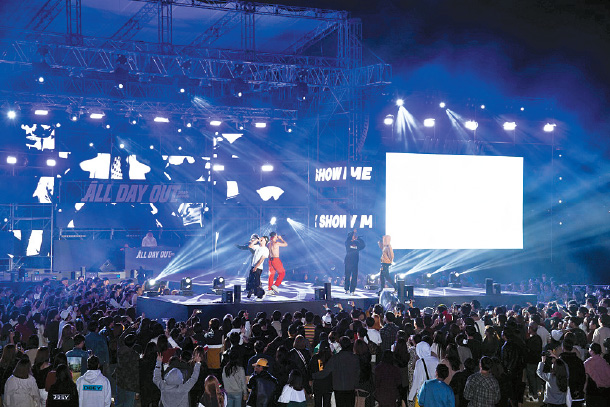 The contestants and judges of “Show Me the Money 8” have announced a national tour titled “All Day Out 2019.”

The Mnet hip-hop audition program “Show Me the Money” ended its eighth season on Sept. 27, with rapper Punchnello winning the competition.

On Sunday, rappers and producers who appear on the show, including Giriboy, Kid Milli, Swings and Verbal Jint took the stage on Nodeul Island in central Seoul along with contestants of the program such as Choilb, Bryn, EK and Big Naughty for a performance.

Starting Saturday, the crew will travel around the country to meet local fans - first in Busan, then in Gwangju on Oct. 26, Daegu on Nov. 10, Ulsan on Nov. 16 and Seongnam, Gyeonggi, on Nov. 17. Tickets are available online.