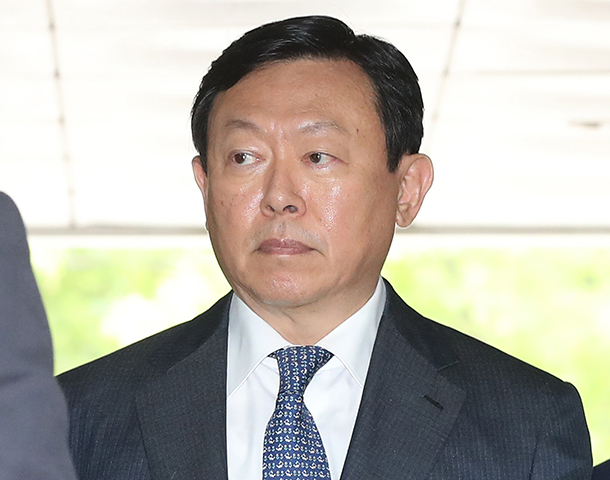 The Supreme Court on Thursday allowed Lotte Chairman Shin Dong-bin to stay out of jail, upholding a lower court conviction that he bribed ousted President Park Geun-hye — and its suspended jail sentence of 30 months.

Korea’s highest court concluded the three-year court battle by rejecting appeals from both Shin and the prosecution and upheld the Seoul High Court’s ruling, allowing Shin to remain out of jail.

The 64-year-old head of the country’s fifth-largest conglomerate was indicted in 2016 on charges of bribing Park through her close friend Choi Soon-sil. He was accused of giving 7 billion won ($5.9 million) to a nonprofit foundation controlled by Choi in order to win a lucrative duty-free deal.

An appeals court, however, freed him from prison in October last year, handing down a suspended prison term and canceling the 7 billion won fine.