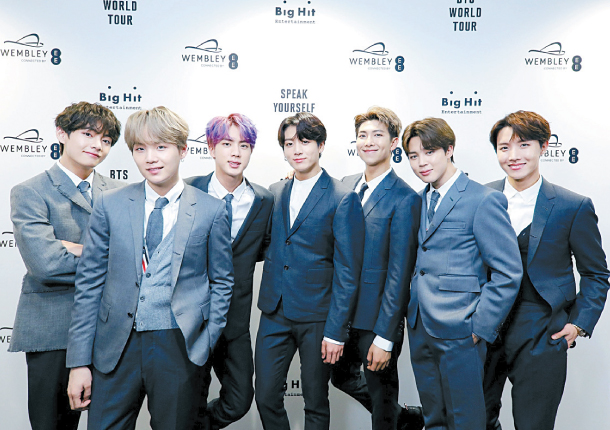 “Make It Right (feat. Lauv)” was released on Friday evening, a remixed version of the song “Make It Right,” which appeared on their “Map of the Soul: Persona” EP release earlier this year.

A new music video was released along with the track, using footage from the group’s latest world tour as well as animated graphics.

“Make It Right” was penned by British singer-songwriter Ed Sheeran, and it charted as high as No. 95 on the Billboard Hot 100 chart in April.

Meanwhile, the group opened the doors to its pop-up store “House of BTS” on Friday. The store will be open for 80 days in Gangnam District, southern Seoul.

Around 200 different items are on sale at the store, which will also house hands-on experience rooms where fans will get to see BTS videos and take pictures with the members through augmented reality technology.