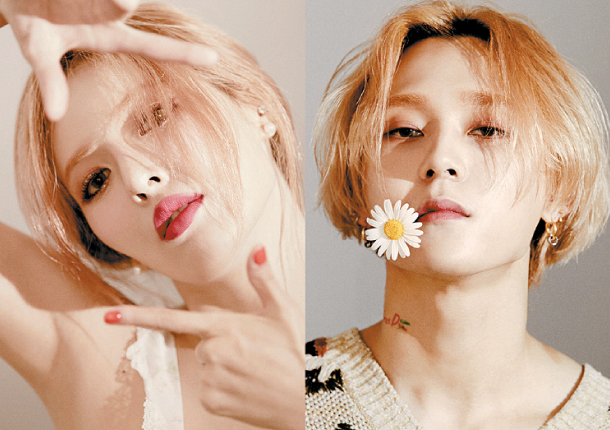 HyunA and Dawn will each be releasing new music on Nov. 5, their agency P Nation announced on Friday.

HyunA and Dawn — the latter formerly known as E’Dawn of boy band Pentagon— signed with P Nation earlier this year, after their contracts with Cube Entertainment were terminated at the end of 2018.

The two singers have been dating since last year and are known to readily flaunt their love for each other both online and offline.

“The two stars have prepared to show a new side of themselves as artists. We hope you look forward to the music they’re about to release,” said P Nation in a statement.