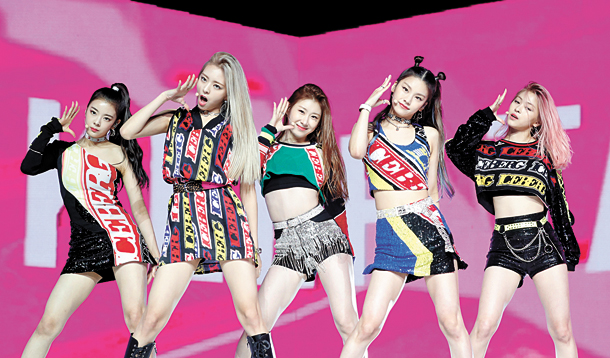 The news was likely held back as the entertainment industry mourned the untimely death of singer and actor Sulli, which was reported on Oct. 14.

“Both ‘Dalla Dalla’ and ‘ICY’ have passed 100 million views, proving their power as the monster rookie of the year,” JYP Entertainment said.

ITZY made their debut this year in Feburary as the agency’s first girl group to come after Twice.

ITZY is set to meet with their overseas fans through their first world showcase tour, which will begin on Nov. 2 at Jakarta.

Their Asian tour will continue at Macau on Nov. 9, Taipei in Taiwan on Dec. 1, Manila on Dec. 8, Singapore on Dec. 13 and Bangkok on Dec. 21. They will then fly off to the United States and tour Los Angeles, Minneapolis, Houston, Washington and New York City.