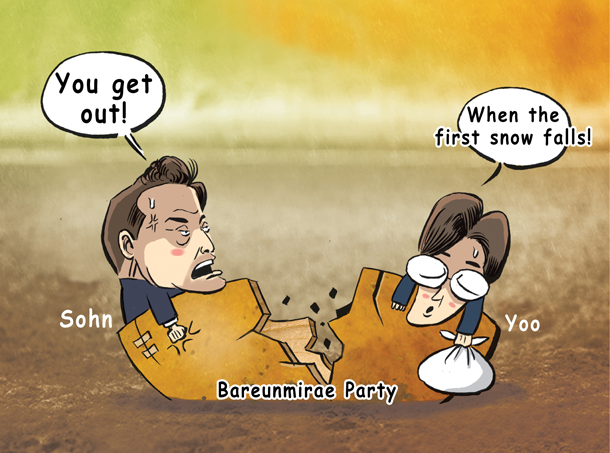 Due to irreconcilable differences in their political approaches, Rep. Yoo Seong-min of the Bareunmirae Party has threatened Chairman Sohn Hak-kyu that he will leave the minor opposition party after completing his mission in December of blocking a ruling party-proposed bill to establish a new law enforcement body aimed at investigating crimes involving high government officials.