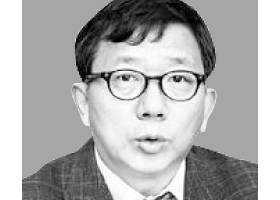 Lee Won-deok
The author is a professor of Japanese studies at Kookmin University.

Prime Minister Lee Nak-yon heads for Tokyo today, leading a Korean delegation to congratulate the neighboring country on the enthronement of a new emperor. His visit goes beyond ceremonial service, as he must find a breakthrough in the stalled bilateral relationship. The cabinet head rarely makes a diplomatic mission, but the politician-turned-statesman is well versed in Japanese affairs and may be the best candidate to break the ice between the two neighbors.

Korea-Japan ties could not be worse. The bilateral relationship has not been good since 2012, but it has sharply soured after the Supreme Court ruling in October last year in favor of Korean plaintiffs demanding compensation for forced labor under Japanese employers during the colonial period. Two rulings have led to the seizure of assets of Japanese companies in Korea. That has fueled disgruntlement in Japan.

In July, Tokyo took the extreme measure of restricting exports of key materials needed for chip and display production in Korea. Seoul, in return, announced it won’t be renewing the bilateral General Security of Military Information Agreement (Gsomia), a keystone bilateral and trilateral security alliance with Japan and the United States. The military pact expires on Nov. 22.

The diplomatic spat has spilled over to the private sector. The “no Japan” movement has led to a boycott on anything related to Japan in Korea and mutual hostility has spread in Japan. The row has come to affect the economy, security and public sentiment. If the governments leave the issue unattended or even uses it for political purposes, the damage to the national interest would be immeasurable.
Lee should use all possible leadership and wisdom to untangle the complexities between the countries. The three pending issues are wartime labor compensations, trade barriers and the military intelligence agreement. He may not be able to solve all of them during his short visit. Still, he must find a momentum for dialogue and a restoration of ties. He must try to find a way to solve the issues in a package deal.

The essence of bilateral conflict lies with the wartime forced labor issue. Seoul must try to find a creative solution that can please the victims and people without undermining the top court rulings. Ideally, Japan must acknowledge the unlawfulness of its forced colonization and apologize sincerely. Seoul in return can offer to stop seeking financial compensation for Japan’s colonial rule. If such principles are agreed to, the procedures for compensation for damages to victims can proceed, and economic and security issues can be resolved. The two governments can start negotiating to enhance control in exports of strategic items and cancel the trade curbs. The Gsomia can stay intact.

Once the two countries agree on the three issues, the two leaders can normalize ties through a summit meeting. Moon Hee-sang, the National Assembly speaker, also plans to visit Tokyo for the Korea-Japan lawmakers’ meeting. The chain of events on the diplomatic calendar can set the stage for the two countries to restore their relationship fast. If Moon and Abe can revive the reconciliatory momentum of former leaders Kim Dae-jung and Keizo Obuchi, the two countries can move on to a better future.
Translation by the Korea JoongAng Daily staff.