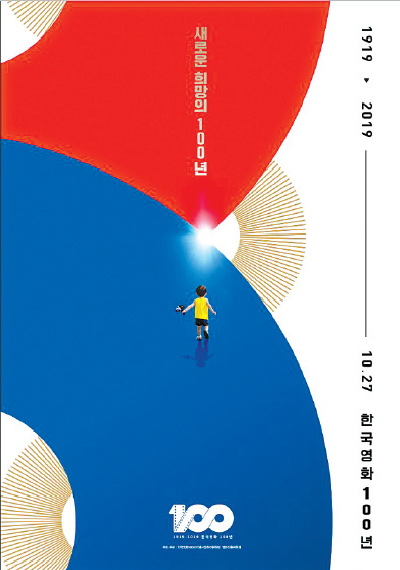 To celebrate the centennial of the birth of Korean cinema, the Korean Film Council and the Korean Film 100 Years committee will be hosting a festival at Gwanghwamun Square this weekend, according to the organization on Monday.

Over the course of two days, various programs have been prepared by the committee for local movie fans to enjoy. On Saturday from noon to 5 p.m., visitors will be able about to become characters from the hit films “The Himalayas” (2015) and “Train to Busan” (2016) with the help of actual special effects makeup artists. Virtual reality (VR) zones where people will be able to experience the latest VR technology used in films, and multiple exhibitions covering the transitions of Korean cinema over the past 100 years will be set up throughout the weekend.

On Sunday from 6:30 p.m. to 9 p.m., an outdoor concert will be held that plays the iconic soundtracks of Korean films. Singers Im Hee-suk, Im Jae-hyun, Kim Yoon-a and Kim Tae-woo and more are scheduled to perform for the event.

The official day that marks the 100th anniversary of Korean films is on this Sunday, when the first local film “Fight for Justice” was released in theaters on Oct. 27, 1919.