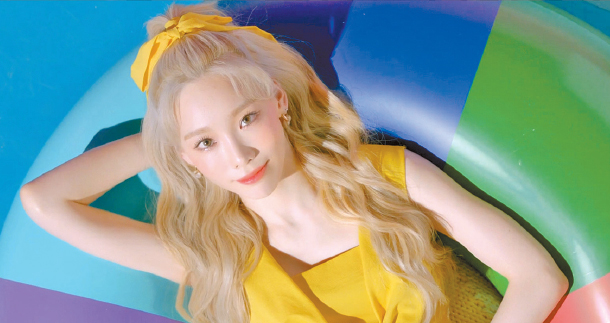 Singer Taeyeon of Girls’ Generation will be dropping her second full-length album “Purpose” on Oct. 28, her agency SM Entertainment announced on Monday.

Taeyeon was initially set to release the album today, but postponed it due to the death of her colleague Sulli last week.

The new album will include 10 tracks on streaming services, with two additional tracks - “Four Seasons” and “Blue” - that will only be available on physical copies of the album.

The singer will also hold photo exhibitions in celebration of the release, titled “Purpose: The Exhibit” until Sunday at Gana Art Hannam, central Seoul, and from Wednesday through Sunday at exhibit space F1963 in Busan. Admission is free.