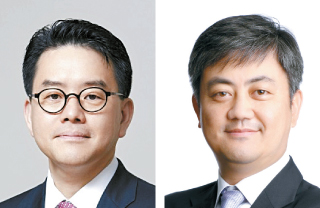 Shinsegae Group on Monday named Kang Heui-seok as the CEO of Emart, replacing Lee Gap-su, who held the post for the past six years.

Shinsegae Group usually announces personnel reshuffles in early December but decided to pull the date forward by two months for Emart. Industry insiders speculate that the poor performance of Emart’s discount chain in the second quarter led to the change in the timeline.

Emart operates in various industries, including its discount chain of the same name and hotel business.

A law graduate of Seoul National University, Kang worked as a retail consultant at Bain & Company. He is the first outside appointee to CEO since the company was established in 1993.

Han Chae-yang, an executive vice president at Shinsegae Group, has been promoted to CEO of Shinsegae Chosun Hotel.

A business graduate of Yonsei University, Han has been working for Shinsegae Group since 2001.

Performance and competence were the primary driving factors behind this year’s personnel reshuffle, according to Shinsegae Group in a statement Monday.

The group said it made a bold move and tried to avoid the typical stereotype involving appointments with the goal of “appointing young and competent talent.” It vowed to bring about a “powerful change and revolution” through the reshuffle.

With growing competition from online stores, Emart is hoping to turn things around by offering typically high-priced items for less.

Emart is expected to post an operating profit in the third quarter, but it is likely to be lower than during the same period last year.

Shinsegae Group said it will announce the personnel reshuffle of its department store unit in early December.