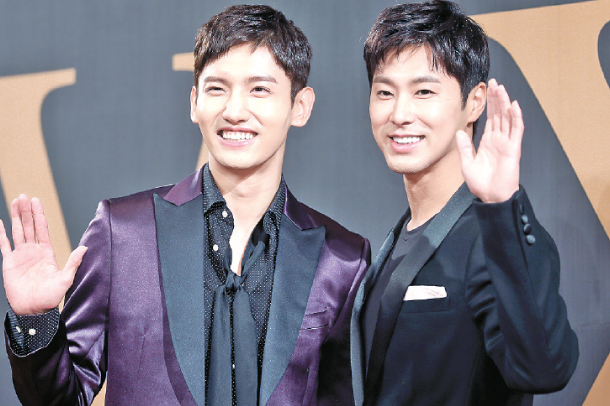 According to the agency, TVXQ’s latest Japanese album “XV” has topped Japan’s Oricon Chart for five days straight since its release on Oct. 16, as well as the weekly albums chart tallied from Oct. 14 to 20.

This marks the eighth time for the group to have topped Oricon’s weekly albums chart, making it the first foreign artist in Japan to reach the feat.

Oricon reported on Tuesday that “XV” sold 155,000 copies within the first week of its release, “making them No. 1 out of all foreign artists.”

The Japanese album features 12 new tracks, as well as three of their popular songs, “Jealous,” “Hot Hot Hot” and “Mirrors.”

The tracks will also be released today in Korea through various music streaming platforms.

TVXQ is currently preparing to kick off their Japanese dome tour with a show in Fukuoka on Nov. 9.