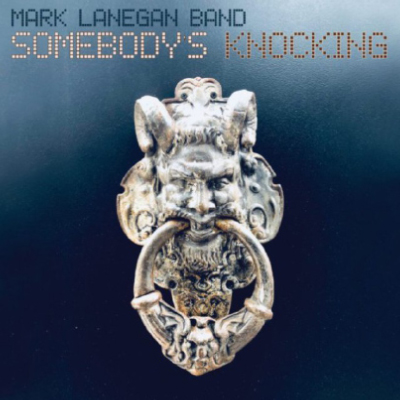 
Can Mark Lanegan lend credibility to the 1980s, that regularly disparaged but nevertheless exciting decade reduced by detractors to plastic keyboards and robotic drums?

On “Somebody’s Knocking,’’ he makes a valiant and magnetic effort by drawing electronic inspiration from New Order and Depeche Mode while often sounding like Iggy Pop backed by the Psychedelic Furs and produced by The Cure’s Robert Smith.

“Somebody’s Knocking’’ sees the Los Angeles resident lending his tree trunk of a voice to stories imbued in our brutal times, but treating the withering chaos with humor, empathy and a pronounced weirdness.

That vintage can be appreciated across the whole album, exemplified by the likes of churning opening track “Disbelief Suspension,’’ projected floor-filler “Penthouse High’’ and the regretful “She Loved You."