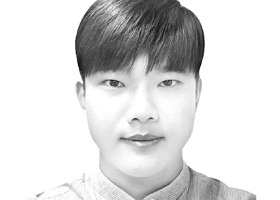 Kim Geun-tae
The author is a Ph.D. student in materials science and engineering at Seoul National University (SNU), and head of an SNU committee that organized student rallies against former Justice Minister Cho Kuk.

The hypocrisy of the democratization generation has been revealed through the Cho Kuk scandal. After President Moon Jae-in nominated Cho, his former senior secretary for civil affairs, as justice minister, the young generation demanded Moon withdraw his decision. He ignored their calls and appointed Cho anyway.

Enraged, the young generation took to Gwanghwamun Square for the first time since the impeachment of former President Park Geun-hye. The young people still keep coming, empowered by disappointment and the feeling of betrayal from the authorities of the current administration who promised to create a fair society.

Members of the general public and young people are continuously witnessing the treacherous acts of the leadership since Moon entered the Blue House in May 2017. Moon began his five-year term by promising, “Everyone will have equal opportunities, the process will be fair and the result will be righteous!”

But the leadership proved that opportunities were only given to those with power, shortcuts were only provided to those with influential backgrounds and results were reached through all kinds of expedients. The various allegations against Cho’s family proved all of these flaws in just a few weeks.

To gain admission to top universities, the daughter of a high-level government official took advantage of research that involved blood samples from newborn babies and received a coveted internship, fake awards and certificates, and tens of millions of won in scholarships. Other ordinary students could never have gotten near any of that. The high-level official faces suspicions that he created a private equity fund, planted a relative to work as its operator and tried to amass wealth by taking over a company that had business deals in the public sector. Another allegation is that the official’s family took over a foundation to gain billions of won and exploited loopholes in the system to evade legal accountability.

Cho, who is at the center of all these allegations, made numerous comments criticizing injustice, pretending that he is more righteous than any other person. But his past remarks about a crusade to achieve justice and fairness are backfiring on him. During his confirmation hearing, he denied every suspicion just as the people he previously denounced did. When he resigned from his ministerial post, he said he was sorry to Korea’s young generation. But 20 minutes later, he applied for reinstatement at Seoul National University School of Law after taking leave to serve as justice minister in the Moon administration. 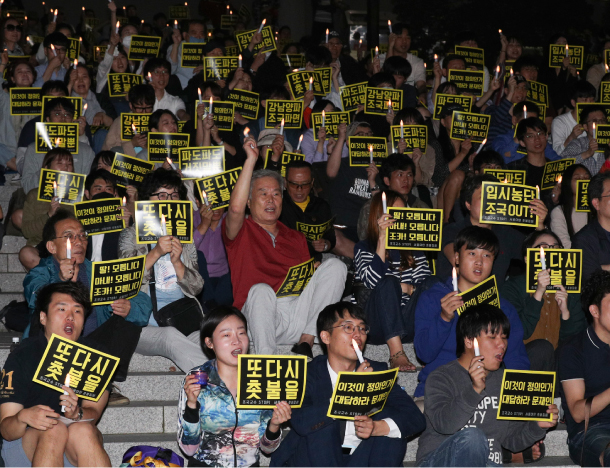 The only consistency he has shown so far is the mismatch between his words and actions. Members of the public and young people have lost their faith in the values of fairness and justice this administration vowed to build.

The problem is that this mistrust is not only heading toward Cho. Moon — who appointed a figure facing various allegations as his justice minister despite vehement opposition from the public — and lawmakers in the ruling Democratic Party who supported Cho all failed to act on the words they had uttered. It appears that the fairness and justice they stand for are not values that stay consistent, but values that can change after they take power. The message from Moon that he wants to create a world where principles and common sense are respected and not compromised no longer stands valid.

I no longer believe any sincerity from the Moon administration, which said all authority comes from the public and no authority stands above them. Like the statement from students at Seoul National University School of Law, we now know that the words of our leaders cannot guarantee anything.

Korea’s young generation wants to live in a country cherishing the value of fairness, not lies and hypocrisy. The young are swarming to Gwanghwamun Square because they can no longer stand the hypocrisy of the establishments which publicly promote equality, fairness and justice, but only act in the opposite way behind their backs.

Young people are dreaming of a fair society, where the achievements they make on their own are righteously acknowledged — not a propagandized “equal society” that actually divides classes.