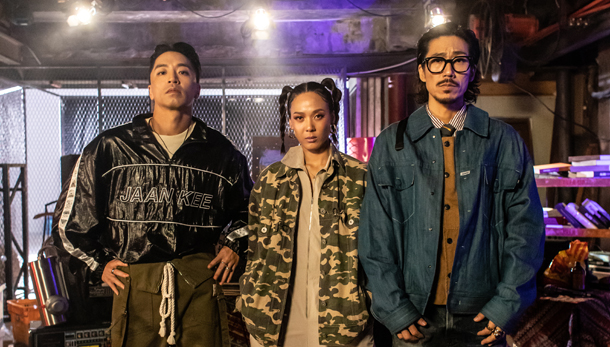 After a four-year hiatus, hip-hop trio MFBTY is making a return to music, their agency Feel GHood Music said on Wednesday.

MFBTY - made up of rappers Yoon Mi-rae, JK Tiger and Bizzy - will release a new album early next month, their first release since “Wondaland” in 2015.

The music video for their track “Dream Catcher” will be released on Friday to stir up excitement for the upcoming album.

MFBTY recently met their fans in South America, through concerts in Chile on Oct. 11 and Paraguay on Oct. 13.

The shows were the first solo concerts held by a Korean hip-hop team in Latin America, according to the agency.

MFBTY came together in 2013 with their EP “Sweet Dream.”

They have been trying out various experimental styles since then, and “Wondaland” landed on No. 8 of Billboard’s World Albums chart in April 2015.