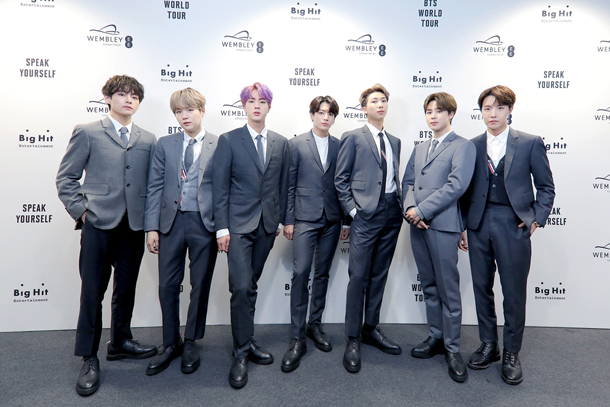 BTS set yet another Guinness World Record, this time with the number of followers they’ve accumulated on the video sharing app TikTok.

“BTS has set the record for the fastest time to reach one million followers on TikTok,” Guinness World Records said on Wednesday.

“According to stats from TikTok, after 13 hours, the group had gained two million followers and over four million likes on their debut post. After 59 hours, less than two and a half days after joining the platform, they reached three million fans,” Guinness said.

BTS had already broke the records for the most viewed music video in 24 hours for “Boy with Luv” - it was seen 74,600,000 times within its first day - as well as the best-selling album in Korea for “Map of the Soul: Persona,” the EP that carried “Boy with Luv.”

“2019 has certainly been a year of superlative achievements for BTS,” Guinness said.