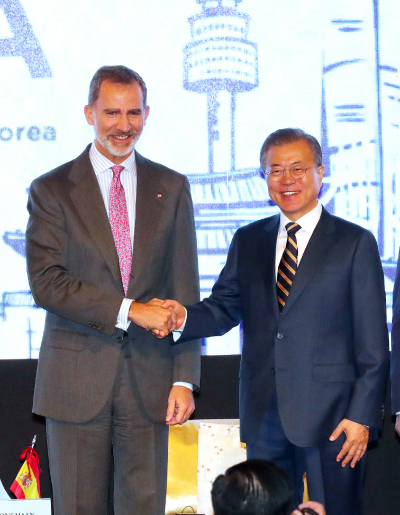 Korean President Moon Jae-in, right, shakes hands with Spanish King Felipe VI during a Korea-Spain business forum held at the Four Seasons Hotel in central Seoul on Thursday. Moon proposed that Korea and Spain rev up partnerships in responding to the fourth industrial revolution and climate change, saying the “true friends” have much in common. [YONHAP]