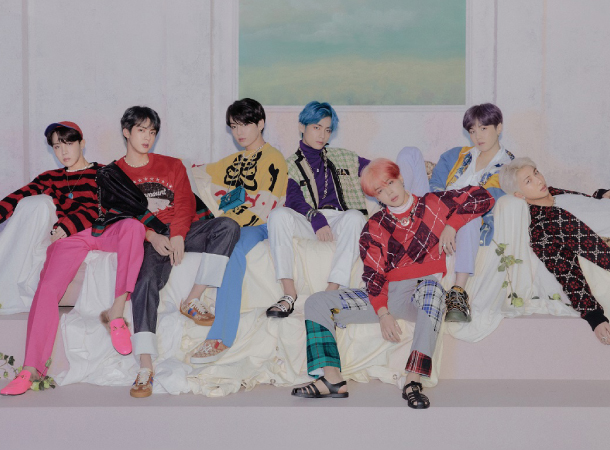 K-pop boy band BTS has been nominated in three categories for the 2019 American Music Awards next month, and the group is poised to take home an award for the second year in a row.

According to the list of nominees released on Thursday, the superstars will compete in the Favorite Duo or Group - Pop/Rock, Favorite Social Artist and Tour of the Year categories.

In the Favorite Duo or Group section, BTS will compete with two bands - the Jonas Brothers and Panic! At The Disco.

For the Tour of the Year award, the septet is nominated with Ariana Grande, Elton John, P!nk and Ed Sheeran.

This year’s ceremony will be held at the Microsoft Theater in Los Angeles on Nov. 24.

Meanwhile, BTS is set to finish their year-long world tour series with three concerts at the Seoul Olympic Stadium in Jamsil, southern Seoul, on Saturday, Sunday and Tuesday.

The three-day Seoul run is expected to gather around 135,000 fans in total.