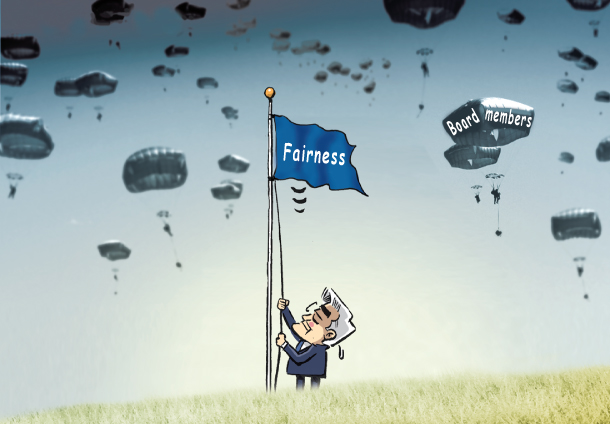 Among the 113 non-executive board members and auditors of public corporations who were appointed or recommended since Deputy Prime Minister for the Economy Hong Nam-ki took office last December, nearly half — 55 — came from President Moon Jae-in’s campaign or liberal groups friendly to him, according to analysis by Rep. Choo Kyung-ho, an opposition lawmaker and a member of the Strategy and Finance Committee.