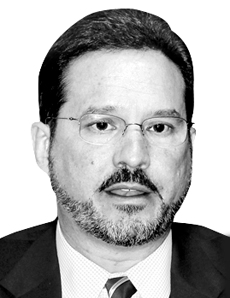 The U.S.-South Korean alliance has faced major internal crises before. Syngman Rhee clashed with the Truman and Eisenhower administrations over the initial security treaty negotiations because Washington feared that the Korean president intended to use the U.S. commitment to reopen a war with North Korea and China. Jimmy Carter pushed hard to withdraw U.S. forces from South Korea because he considered Park Chung Hee to be a dictator. The death of two innocent school girls during U.S. military exercises in 2002 and Roh Moo-hyun’s subsequent criticism of the United States led to so much uncertainty about the alliance that Moody’s downgraded Korea’s sovereign debt rating.

We survived, but three dark clouds are now gathering on the horizon that have many alliance-watchers in Washington worried that we are heading for the perfect storm — and perhaps a crisis in the alliance at least as great as these three previous tests of our security relationship.

First, President Trump is reportedly demanding $5 billion in annual funding from South Korea in host nation support for the 28,500 U.S. troops stationed there. Trump has personally demanded the $5 billion annual amount, and officials I have spoken with close to the president say that he is “not bluffing.” Indeed, it is a shocking amount — far above the president’s already outrageous demand for “cost plus 50 percent” from other allies hosting U.S. forces and a much larger increase than the 40-50 percent boost Trump is reportedly demanding from Japan. Nobody can say exactly how Trump got to the number $5 billion, but many suspect it is intended to include the costs of military salaries, bases outside of South Korea and costs for capabilities that the Pentagon would use in any number of contingencies beyond the Korea Peninsula.

It may even be that Trump’s demand is meant to be impossible, reflecting his longstanding criticism that South Korea does not carry its fair share and his troubling comments in front of Kim Jong-un in Singapore that he would someday like to withdraw all U.S. troops from South Korea — a comment he has repeated to numerous business and political associates behind closed doors and one that seems even more alarming in the wake of his sudden withdrawal of U.S. troops from Syria. An increase in allies’ efforts is necessary — but it is hard to see how an agreement can be reached on the Special Measures Agreement (SMA) by the December deadline given the astronomical number being demanded.

The second dark cloud emanates from North Korea, where Kim Jong-un’s regime has threatened to resume provocations at the end of the year if Trump does not accept Pyongyang’s offer in Hanoi. That offer had no support in the administration or among consulted members of Congress, since it would have covered only Yongbyon and left North Korea with at least half of its nuclear weapons programs underway without inspections or verification. Pyongyang rejected the Trump administration’s counterproposal for a smaller deal — perhaps because it was premised on a North Korean commitment to eventual denuclearization — and now Kim Jong-un is appearing on horseback at Mount Paektu, as he has whenever the regime has taken major provocative actions in the past. If the SMA negotiations falter and Kim is threatening to break his agreement with Trump, would the President be tempted to get back on track by offering to put U.S. forces on the table — either to pressure Seoul or to give away something he does not seem to value in the first place?

Third, pressure on U.S. forces is building within South Korea. The pressure is not from the general public — which supports the alliance — but from a radical minority of anti-base activists who felt emboldened enough to storm Ambassador Harry Harris’s residence recently. And then there are the former anti-base activists who now work for President Moon and are pressing for an early agreement on wartime operational control (Opcon) transfer. There could be some operational merit to this move, but the pressure is coming from ideological rather than operational logic and thus one could imagine the impossible demands from Washington leading to opportunistic decisions to use the transfer issue to propel the withdrawal of U.S. forces.

To be clear, I am not predicting this perfect storm. But like others in Washington who watch the alliance, I am worried about it. There are strong structural barriers to President Trump suddenly withdrawing U.S. forces from Korea. Public opinion polls show strong support for the defense of Korea, and there is still no member of Congress agitating for withdrawal from the peninsula. Republican members of Congress now regularly include language in the National Defense Authorization Act blocking the President from using any appropriated funds for the withdrawal of U.S. forces from South Korea. In the wake of Trump’s sudden withdrawal from Syria, former military commanders and even Senate Majority Leader Mitch McConnell have written opinion pieces condemning the move as a strategic disaster. And yet, the announced withdrawal did take place from Syria.

It is not too late. The cabinet-level United States-Republic of Korea Security Consultative Meeting will take place in Seoul in mid-November. An agreement on SMA may not be possible by then, but Washington and Seoul can and should use that occasion to give a clarion call on the importance of the alliance that is unmistakable for both publics and the region as a whole.