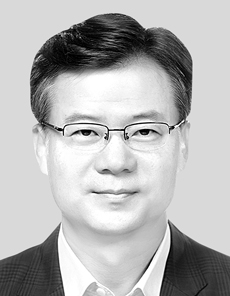 Park In-hwi
The author is a professor of international studies at Ewha Womans University.

The crisis with the Kurds in Syria raises three questions. First, denouncing U.S. President Donald Trump’s administration for its self-centered attitude can make us feel a bit better about the crisis, but fundamentally, we cannot deny the fact that every country on earth is selfish. It’s obvious that the Trump administration, based on its America First policy, faithfully acts upon the interests of its own country by caring for the safety of its soldiers, living by the rule that America never submits to international terrorism, and securing the global production chain of petroleum resources.

In the past, when Washington made sacrifices to maintain global order, such actions were premised on the notion that they would receive some kind of national benefit in the end. It was difficult to calculate right away which policies were cost and which were benefit. From time to time, the United States took great responsibility for policing the world — but not anymore. Now, it has become easier to predict what cost and benefit each and every diplomatic policy brings. It became meaningless to blame Trump for his approach to diplomacy. It is just sad that 10,000 lives had to be lost in the fight against the Islamic State.

Second, after spending 2017 in fear and insecurity due to provocations from North Korea, Pyongyang and Washington started to negotiate in 2018. The geographical security and regional order of Northeast Asia is different from the Middle East. But I do think the two regions share the commonality that U.S. interests may drastically change. In 2017, Trump bragged about his strategic weapons and called North Korean leader Kim Jong-un “Little Rocket Man,” threatening that the North “won’t be around much longer.” Yet, after his first summit with Kim in Singapore last year, Trump said North Korea had a rosy future. Considering that it is the job of a U.S. president to consider the political environment at home and abroad and maximize U.S. national interests, it could be the case that Trump has two totally different faces.

Third, the fundamental basis of the South Korea-U.S. alliance is to safely manage and contain the North Korea threat. Ever since the alliance was established in October 1953, Seoul-Washington relations have had their ups and downs, yet even to this day, it has the justification to be ironclad. Nevertheless, the international order of the 21st century may change any time.

Theoretically, there are three key questions in regard to alliances: What causes an alliance? Once established, how is an alliance maintained? And how does an alliance react to changes in the security environment?

In the early years of the Cold War, the South-U.S. alliance was established to protect the security of South Korea and prevent the spread of Communism in the country. Throughout the Cold War period, South Korea was able to make a safe landing within the international security and economic system with the support of the United States, and the Unites States was able to exercise its strong influence within Northeast Asia and on the Korean Peninsula. Essentially, it was a win-win game. Now, faced with the rise of China and environmental changes brought about by denuclearization talks between North Korea and the United States, on what legitimate reasoning must the South-U.S. alliance stand on?

Washington probably did not establish a formal alliance with the Kurds because they are not a formal state. But it is not an exaggeration to say both sides were in at least a quasi-alliance when they fought against the Islamic State. The cooperation between the Kurds and the United States could have been a house of cards from the very beginning because it did not prepare for possible changes in the Middle East situation.

It is time for Seoul to strategically think about ways to secure logical justifications for the alliance with Washington. In the cold reality of international politics, you never know what will happen.