Jambinai’s music is based on gugak, traditional Korean music. The five-member group plays traditional instruments such as piri (Korean style flute) and haegeum (Korean zither), but its music sounds a lot like heavy metal. The globe-trotting group performs in more than 30 countries every year. [THE TELL-TALE HEART]

Five female musicians took the stage earlier this month inside the Jeongdong Theater, located in Jung District, central Seoul. With them, they had traditional Korean instruments such as janggu (hourglass-shaped drum), haegeum (Korean zither) and piri (Korean style flute).

At the sight of the instruments, they undoubtedly looked like a group of musicians doing traditional music, but once the music started, all expectations were shattered. The voice of the singer was close to that of a heavy metal vocalist, but it blended well with the lyrical notes of the keyboard and the sounds of a kkwaenggwari (small gong) from time to time. Kkwaenggwari is widely used in nongak, or traditional Korean music performed by farmers.

The music was hard to define as it walked a fine line between gugak, traditional Korean music, and jazz. The music even sounded like Gypsy music at one point, but its ambiguous identity didn’t matter because it surely energized the nearly 20 foreign visitors in the venue that day.

The audience enjoyed the performance as they swayed seorihwa, white flowers often used in gut or shamanistic rituals, as if the flowers were light sticks that are often used at K-pop concerts.

The small concert was an introduction of Korean musician The Tune to foreigners working in entertainment as part of a project called “Journey to Korean Music,” organized by the Korea Arts Management Service.

“Journey to Korean Music” is a program devised to promote and distribute the music of qualified local artists abroad. The program selects a list of musicians who are based in gugak each year. This year, The Tune secured one of the spots.

The program chooses musicians of the year through auditions and helps the musicians find places to play their music by hosting a series of events such as showcases, seminars and networking parties by inviting officials working for theaters and music festivals around the world.

While The Tune may not ring a bell to many Koreans, their music is well received overseas. They are even set to perform at Lincoln Center for the Performing Arts in New York on Nov. 7.

Hicham Bahou, the director of the Moroccan music festival Le Boulevard said, “The strength [of The Tune] is that it has characteristics of Asian music, but their music is universal at the same time.”

Bahou invited The Tune to perform in Morocco.

Having roots in gugak, many Korean musicians get experimental by adding new elements and creating new versions of the traditional sound. The trend has been ongoing for decades.

Composed by Yang, “Frontier!” uses some traditional Korean instruments to produce modern melodies. It was used as a theme song for the 2002 Asian Games held in Busan. Since then, crossover gugak has remained popular largely thanks to festivals like the Yeowoorak Festival hosted by National Theater of Korea.

The annual music festival is dedicated to musicians who are based in gugak yet attempt to merge it with other genres of music.

Crossover gugak has been around for more than two decades and it has been making inroads into the global market in recent years. 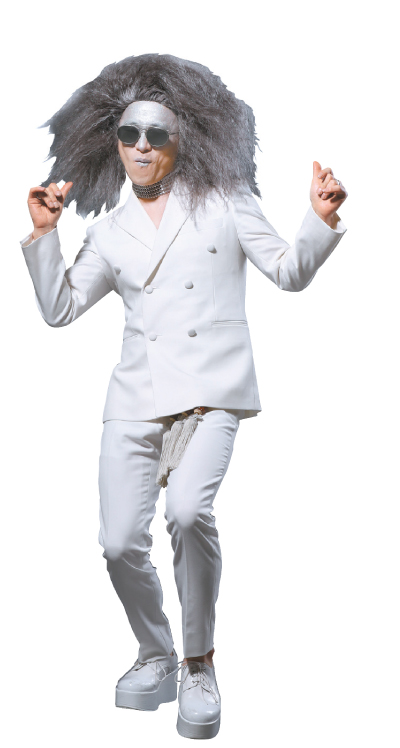 Local musicians like Jambinai and Lee Hee-moon are some of the beneficiaries of the latest trend of gugak going global.

They went a step further from gugak and created music of their own which has gotten recognition from overseas.

Having studied under the master of Gyeonggi minyo, or Korean folk songs from Gyeonggi, which has been designated as the No. 57 Important Intangible Cultural Properties of Korea, Lee began his career by singing Korean folk songs, but he changed his career path after landing a role in “Princess Bari,” by famed choreographer Ahn Eun-mi.

Since then, Lee has been trying his hand at combining Gyeonggi minyo with other musical genres.

Some of the crossover projects Lee has been doing include “A Korean Man,” in which Lee mixes Gyeonggi minyo with jazz; “Ssingssing” where the Gyeonggi minyo is blended with rock music; and “Nal,” a project using rhythm instruments with Korean folk songs.

Impressed by Lee’s performance, Yoo suggested that he appear on his TV show “Do-ol Ah-in Going All Directions” on KBS earlier this year.

If Lee is a budding musician, Jambinai deserves to be dubbed the hottest, globe-trotting gugak musician. The group, which consists of members who have backgrounds in piri, haegeum, geomungo (six-stringed Korean zither), drum and bass guitar, presents an explosive sound that is equivalent to a heavy metal band with a sorrowful sentiment.

Jambinai tours around 30 countries every year to perform live shows.

Steve Lillywhite, the English record producer who previously worked with legends like U2 and The Rolling Stones, was once quoted as saying that “Jambinai doesn’t follow trends, they create them.”

Lillywhite is not the only person who has showered the group with praise.

“They Keep Silence,” a song by Jambinai, was listed as one of the top 100 songs of 2016 by NPR Music. The group’s album “A Hermitage” was included as 15 Great Albums You Didn’t Hear in 2016 by the monthly music magazine “Rolling Stone.”

Based on its huge success overseas, Jambinai was invited to perform at the closing ceremony of the 2018 Winter Olympics held in Pyeongchang, Gangwon a year after it held 50 concerts across 44 cities in 20 countries in 2017.

Jambinai is currently on its European tour, marking the release of its third album.

“Unlike the local music scene that is highly sensitive to passing trends, diverse genres are accepted overseas and we could gain a footing here for that reason,” the group said.

A variety of incubating programs are attributed to the rise of new gugak musicians.

One of them is the “21st Century Korean Music Project” launched in 2007 by Gugak FM, a radio station dedicated to gugak. Through the project, many stars were born over the past 13 years, including Bulsechul Ensemble, AUX and Coreyah.

“Sori Frontier,” organized by Jeonju International Sori Festival, has been discovering jewels in gugak such as Anaya and The Tune over the past decade. The program marked its 10th anniversary this month.

Gugak group Hey String, which won the inaugural “Danjang,” is scheduled to perform at the Southbank Centre in London in November.

There are also a few international music fairs held in Seoul, such as the Seoul International Music Fair and Performing Arts Market in Seoul, which attract influential figures in the field, but only one serves gugak - “Journey to Korean Music.”

This year, the program invited 25 people working for Barbican Centre and Southbank Centre in England.

About 160 experts have visited Korea through “Journey to Korean Music” so far. As a result, about 67 percent of participants have had the chance to perform their music overseas.

New gugak groups are coming out one after another, but people who are in the know say there is no place for these musicians to succeed for a long time in Korea. This is one reason the musicians are trying to go abroad to find a breakthrough.

For example, Korean gugak musicians have participated in the World Music Expo, also known as WOMEX, held in Berlin since 2011, a feat that no other Asian country has achieved.

Kim Hee-seon, the team head at the gugak research team of the National Gugak Center, said “People tend to underestimate gugak as nothing special unless it has really brilliant ideas.

“Overseas, however, they are surprised to see that there are so many young musicians based in traditional music. They also find it interesting that we have many different genres of gugak and gugak groups with different characteristics. So we think there will be growing need for the musicians,” Kim added.

Kim continued, “People working in music around the world are eager to know more about Korean [gugak] artists and they ask for more information about them from us. Take Jambinai for example, they got a good grip on the overseas market and their understanding of the market created synergy with their original music.

“A middleman is needed for a good match between a market and an artist. Nurturing managers who can do the matching in between is another important task we have to tackle,” she added.